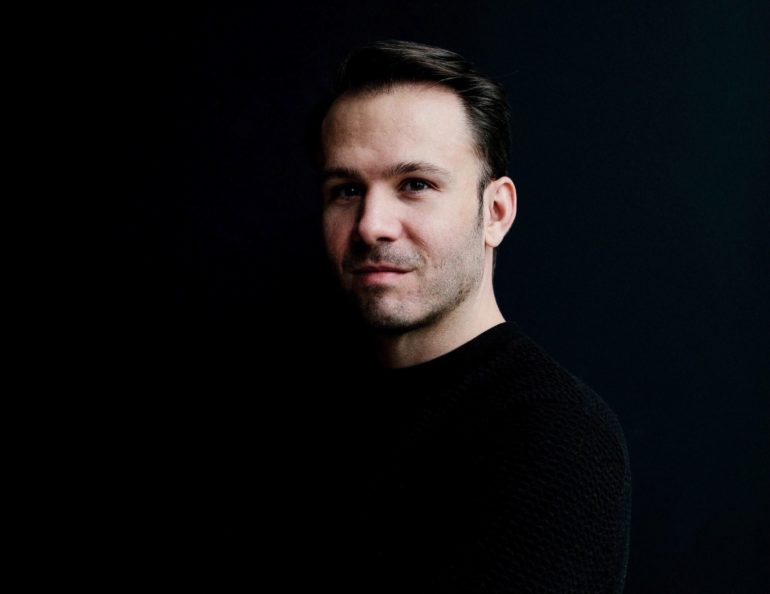 Maestro Tausk commented, “Andrew is making a great contribution to our orchestra. His musicianship, leadership and energy are helping push us forward this season. We are thrilled to recognize his talent, work, and career potential with this new position.”

Crust will continue leading the VSO’s youth and pops programming as well as taking on a number of 2020-21 Season classical programs to be broadcast in the VSO’s new streaming service, TheConcertHall.ca. Crust also serves as Music Director of the Lima Symphony Orchestra.

Andrew Crust has developed a versatile international career as a conductor of orchestral, opera, ballet and pops programs. Currently serving as the Associate Conductor of the Vancouver Symphony in Canada, Andrew conducts a large number of subscription, pops, educational and contemporary concerts with the VSO each season. Andrew is the newly-appointed Music Director of the Lima Symphony Orchestra beginning in the 20/21, where he programs and conducts the Grand Classics, Pops and Educational series, featuring such soloists as Awadagin Pratt, Amit Peled and Kathrine Jolly.

In the current and upcoming seasons Andrew will debut with the Arkansas and Vermont Symphonies as Music Director finalist, and with the San Diego Symphony and Calgary Philharmonic as a guest conductor. Other recent engagements include performances with the Winnipeg Symphony, Memphis Symphony, Hartford Symphony, Bozeman Symphony and l’Orchestre de la Francophonie in Québec.

Andrew is a 2020 winner of the Solti Foundation US Career Assistance Award. In 2017 he was awarded first prize at the Accademia Chigiana by Daniele Gatti, receiving a scholarship and an invitation to guest conduct the Orchestra di Sanremo in Italy. He was a semi-finalist for the Nestlé/Salzburg Festival’s Young Conductors Award competition, and was selected by members of the Vienna Philharmonic as a winner of the Ansbacher Fellowship, with full access to all rehearsals and performances of the Salzburg Festival.

Andrew is equally at ease in the pit, having conducted ballet with Ballet Memphis and the New Ballet Ensemble, and opera with Opera McGill, College Light Opera Company, Boulder Opera Company, and others. As a Pops conductor, Andrew has collaborated with such artists as Rufus Wainwright, Steven Page, Michael Bolton, Cirque de la Symphonie, and the United States Jazz Ambassadors. Andrew has also established himself as a conductor of films with orchestra.

Andrew served as Assistant Conductor of the Memphis Symphony Orchestra from 2017-2019 where he conducted around forty concerts each season. He stepped in last minute for a successful subscription performance featuring Bernstein’s Serenade with violinist Charles Yang. Andrew also served as Conductor of the Memphis Youth Symphony Program. As the Assistant Conductor of the Portland Symphony Orchestra in Maine from 2016-2018, he conducted a variety of concert series, helped coordinate the orchestra’s extensive educational programs, and helped lead a program for concertgoers under 40 called “Symphony and Spirits”.

Abroad, he has led concerts with the Orchestra Giovanile Italiana in Italy, Hamburger Symphoniker at the Mendelssohn Festival in Germany, the Moravian Philharmonic in the Czech Republic and the Orquesta Sinfónica de Chile in Santiago.

As an arranger/orchestrator, Andrew is currently working with Schirmer to make orchestrations of a set of Florence Price’s art songs, has orchestrated works by Alma Mahler and Prokofiev, as well as many pops and educational selections.

Andrew is dedicated to exploring new ways of bringing the classical music experience into the 21st century through innovative programming and marketing, creating community-oriented and socially-sensitive concert experiences, and utilizing social media and unique venues. Andrew is a firm believer in meaningful music education, having produced and written a number of original educational programs with orchestras.

Founded in 1919, the Grammy and Juno-award winning Vancouver Symphony Orchestra is the third largest orchestra in Canada, the largest arts organizations in Western Canada, and one of the few orchestras in North America to have its own music school.

For the 2020-21 Season the VSO broadcast its performances in the innovative TheConcertHall.ca streaming concert service. Forty performances will be released throughout the year on this “Netflix for symphony” global platform.

Led by Music Director Maestro Otto Tausk since 2018, the VSO normally performs more than 150 concerts each year, throughout Vancouver and the province of British Columbia, reaching over 270,000 people annually. On tour the VSO has performed in the United States, China, Korea and across Canada.

The orchestra presents passionate, high-quality performances of classical, popular and culturally diverse music, creating meaningful engagement with audiences of all ages and backgrounds.