Announcing the New President of the VSO 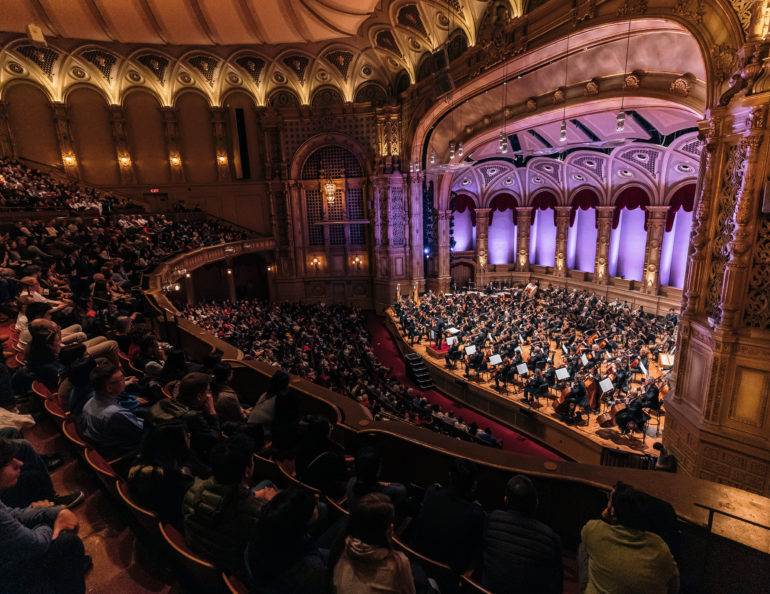 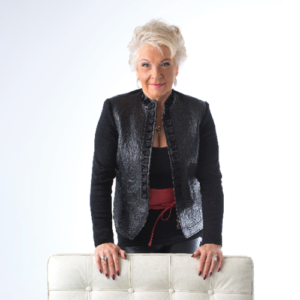 The appointment follows an extensive international six-month search process led by Bruson, the VSO Board of Directors, and executive search firm Korn Ferry. Elster, who is currently Vice-President of the VSO School of Music & Community Programs, succeeds Kelly Tweeddale who left the VSO to become the Executive Director of the San Francisco Ballet in the summer of 2019.
Commenting on the appointment Bruson said, “This is an exciting day for the VSO. Angela has a remarkable leadership style. Her passion, vision and energy are infectious and inspiring to everyone who works with her. Her strong innovation mindset coupled with her extensive background in music education makes her the perfect candidate to lead the VSO and our amazing orchestra and achieve our ambitious goals of increasing the impact that music can have on our communities.”

Maestro Otto Tausk, Music Director of the VSO, commented, “Angela and I share a vision for an orchestra that is both focussed on artistic excellence and integrity as well as deep engagement with our community. I am very excited to have her as a new partner in leading this organization as we chart our path to becoming the orchestra of the future.”

Elster stated, “The Vancouver Symphony Orchestra has an incredible history. It is the largest arts organization in Western Canada. It has toured internationally, won Juno and Grammy awards, had a succession of high profile Music Directors, all while being an anchor for music and the arts in British Columbia and the lower mainland. I look forward to building on this legacy, deepening our connection to the community, making sure everyone has a path into the symphony, and building on our unique strategic opportunity with the VSO School of Music. I can’t wait to get started. See you in the concert hall.”

Prior to joining the VSO, Elster was Senior Vice President, Research & Education, at The Royal Conservatory of Music in Toronto. There she was key to successful government relations, fundraising, program development , innovation and stakeholder relations. She played a key role in developing and opening the world-class TELUS Centre for Performing Arts and Learning and founded Canada’s ground-breaking Learning Through the Arts program.

Angela Elster has led an extensive career in music and arts performance, education, research and learning. She has held various key leadership positions with The Royal Conservatory of Music in Toronto including Executive Director, Senior Vice President of Research and Education, and Vice President Academic between 1994 and 2015 as well as with the Vancouver Symphony Orchestra where she was Vice-President of the VSO School of Music & Community Programs. She is a recognized expert in the field of music education and innovation, and as Executive Director of the Canadian Network of Arts and Learning, the Coalition for Music Education Canada, as well through her various consulting roles, she has become the “go-to” person in Canada for expanding the impact, relevance and effectiveness of music and the arts across the country. Elster has post-graduate degrees from the University of Toronto and the European Graduate School. She is a member of the Canadian Commission for UNESCO and recipient of the Governor General’s Meritorious Service Medal for her work creating and executing “Learning Through the Arts” which grew to reach over one million participants.

Founded in 1919, the Grammy and Juno-award winning Vancouver Symphony Orchestra (VSO) is one of the largest arts organizations in Western Canada, Canada’s third largest orchestra, and one of the few orchestras in North America to have its own music school. The VSO and Music Director Maestro Otto Tausk celebrated the orchestra’s 100th anniversary season in 2018-2019.

The mission of the VSO is to create, curate and connect irresistible musical experiences. The VSO fulfills its mission by presenting passionate, high-quality performances of classical, popular, and culturally diverse music; creating meaningful engagement with audiences of all ages and backgrounds; and developing and delivering inspirational education and community programs. Performing more than 150 concerts per year throughout Vancouver, the surrounding communities, and the province of British Columbia, the VSO serves over 270,000 patrons annually, including 50,000 children and young adults. The VSO has an operating budget of $18 million, 104 full-time employees (70 musicians and 34 staff), and is governed by a 21-member board of directors.

The Vancouver Symphony Orchestra School of Music (VSO School of Music) is a purpose-built facility that opened in 2011. The VSO School of Music embraces a community-centered philosophy, with a vision to lead by leveraging the strengths of the VSO and its musicians through complementary and joyful learning experiences. It enriches the lives of students of all ages, infant through adult, by facilitating the learning, playing, and performing of the world’s great music. The VSO School of Music offers comprehensive and integrated programs taught by exceptional and passionate faculty whose goals are to engage and inspire students while celebrating their accomplishments.

Adjacent to the VSO’s primary performance venue, the Orpheum Theatre, the VSO School of Music is a modern educational institution where students of all ethnic and socioeconomic backgrounds can enjoy lifelong learning. It serves nearly 2,000 students each year and caters to all ability levels, from beginner to aspiring professional. The VSO School of Music offers individual instruction and ensemble opportunities in a variety of genres, including classical, jazz, early learning, vocal arts, and world music. The VSO School of Music is governed by an eight-member board that oversees an annual program budget of $2 million.

In December 2019 the VSO School of Music celebrated the opening of the Tovey Centre for Music encompassing the symphonic programs and activities including three youth and one adult string ensemble, guest-artist masterclasses that have included such luminaries as Yo-Yo Ma and Itzhak Perlman, and the Artists’ Corner, a lunchtime series where musicians, leaders, and educators give behind-the-scenes talks.