Skip to main content
Home / April Programming at the VSO

April Programming at the VSO 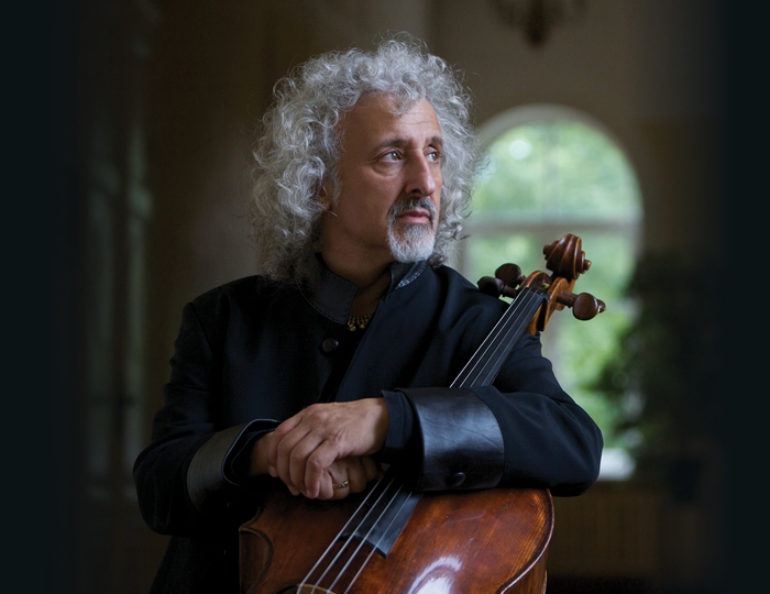 The month starts with two performances by one of the foremost cellists of the 20th and 21st centuries, Mischa Maisky, performing Dvořák’s Cello Concerto in B minor with Italian conducting powerhouse Speranza Scappucci on April 1 and 3.

April 8 and 9 celebrates Canadian artistry with pianist Jane Coop performing Mozart, and mezzo-soprano Krisztina Szabó performing a new work by Métis composer Ian Cusson. Then on April 22 to 24, the VSO, CineConcerts, and Warner Bros. Consumer Products present the next installment of the Harry Potter Film Concert Series, Harry Potter and the Deathly Hallows™ – Part 1 in Concert.

The VSO will round out the month with the much-anticipated An Ode to Joy: Beethoven’s Ninth on April 29-May 1, which includes solo performances by Canadian pianist Angela Cheng, and interdisciplinary creator-performer Teiya Kasahara.

Health Note: The wellbeing of VSO audiences, musicians, and staff remain the organization’s top priority. The VSO follows the guidelines of the Provincial Health Office and understands that many audience members have health and safety concerns regarding seating, spacing, and capacity levels at concerts. As such, for the remainder of the Winter/Spring 2022 season, the VSO will not exceed 60% of normal seated capacity at its regular series concerts. Special performances and presentations of films with orchestra will be presented at full capacity.

Music Director Maestro Otto Tausk leads the VSO’s largest performance since September 2019, performing Beethoven’s iconic magnum opus with full orchestra, the Vancouver Chamber Choir, and a diverse group of soloists. The performance will feature celebrated soprano Teiya Kasahara—soloist and queer, trans/non-binary, multi and interdisciplinary creator-performer. They last performed with the VSO in the 2020-2021 virtual season as the featured artist of the Symphonic Pride.

This concert is the masterwork of the season! Not to be missed.

Old World meets New as Mischa Maisky—the only cellist to study with both Rostropovich and Piatigorsky—performs Dvořák’s intense Cello Concerto in B minor with conducting superstar Speranza Scappucci—the first Italian woman to conduct at La Scala in Milan.

Having performed internationally for decades, Maisky makes his VSO debut in a rare West Coast appearance with this pinnacle of the cello repertoire. Rostropovich once called him “one of the most outstanding talents of [his] generation. His playing combines poetry and exquisite delicacy with great temperament and brilliant technique.” The performance also features Verdi’s I Vespri Siciliani Overture & Ballet Music and Schubert’s Symphony No. 4 “Tragic” under the baton of one of the classical world’s eminent conductors.

Friend of the VSO and one of Canada’s most prominent and distinguished artists, Jane Coop, returns to the Orpheum stage to perform Mozart’s Piano Concerto No. 24. This exciting performance highlighting Canadian talent also features the world premiere of a VSO commission by Métis composer Ian Cusson, written for and performed by Canadian mezzo-soprano Krisztina Szabó, alongside the second performance in the VSO’s ongoing Schumann cycle—Symphony No. 4.

In 2016, CineConcerts and Warner Bros. Consumer Products announced the Harry Potter Film Concert Series, a global concert tour celebrating the Harry Potter films. Since the world premiere of Harry Potter and the Philosopher’s Stone in Concert in 2016, more than 3 million fans have enjoyed this magical experience from The Wizarding World, which is scheduled to include over 1,434 performances across more than 48 countries worldwide through 2022.