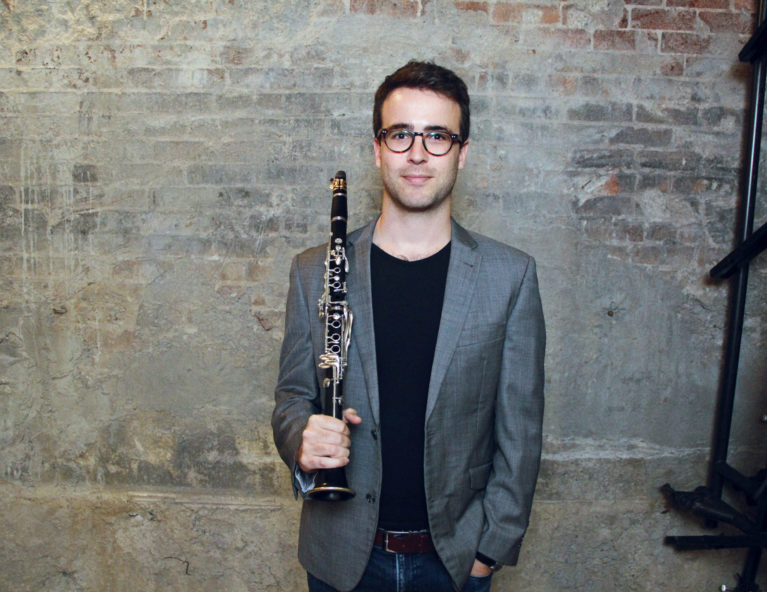 Alex Morris hails from Bundaberg in regional Queensland, Australia. He received his Bachelor of Music at the Queensland Conservatorium of Music in Brisbane.  He has completed post graduate study at the Australian National Academy of Music in Melbourne, and the Colburn Conservatory in Los Angeles.

Alex has taken part in masterclasses with Dimitri Ashkenazy, Michael Collins and Sabine Meyer, and his studies have also taken him to the USA where he has learnt with Yehuda Gilad, Burt Hara and Joaquin Valdepenas.  His teachers in Australia include Paul Dean, David Thomas and Floyd Williams.

Alex has performed across the globe, appearing at venues such as the new National Centre for performing arts in Beijing, Walt Disney Concert Hall in Los Angeles, the Amsterdam Concertgebouw and at the BBC Proms in Royal Albert Hall.  Alexander completed post-graduate study at the Australian National Academy of Music from 2010-2012.  In 2013 he appeared as an academy fellow; curating, directing and performing his own series of concerts with academy musicians, faculty and guests artists.  He was a bass clarinet fellow at the Aspen Music Festival in Colorado in 2014, and winner of the festival concerto competition.

Before joining the Vancouver Symphony as Assistant Principal Clarinet in March 2016, Alex was in high demand as one of Australia’s busiest freelance clarinet players. While in Australia Alexander performs regularly in concert with the Melbourne Symphony and in Opera and Ballet performances with Orchestra Victoria.

Also a passionate chamber musician, Alexander has had the pleasure of collaborating with renowned artists such as Pekka Kuusisto, Stephen Isserlis, Anthony Marwood, Pascal Roge, Dimitri Sitkovetsky and alongside clarinetist Michael Collins.

In his spare time Alex can be often be found engaging in watersports such as Sailing and Kite surfing, and in winter he plans to make extensive use of the great snowboarding conditions close to Vancouver.