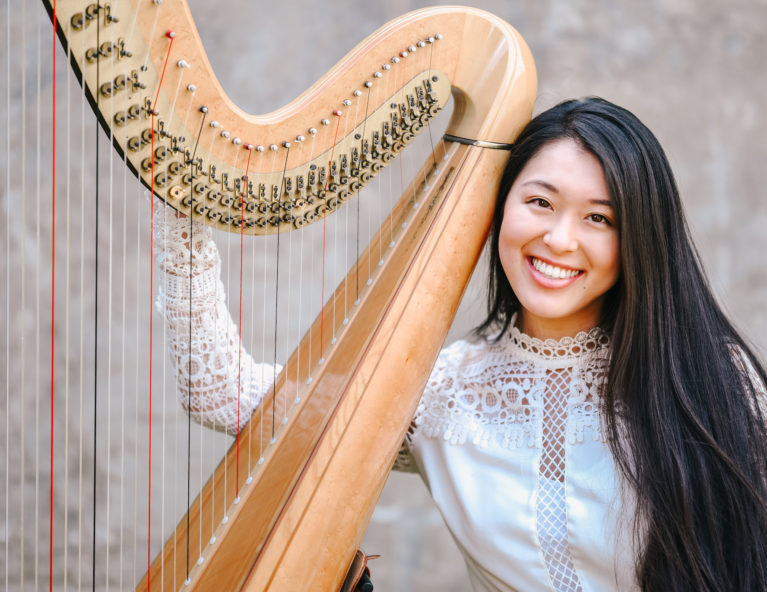 At the age of 2 Alyssa Katahara began her musical journey playing violin but was quickly attracted to the majestic nature of the harp. This prompted her to take up the instrument at 5 years old. Originally from the United States, Alyssa has been afforded the opportunity to experience different cultures and music across the world and has now lived in 9 various states and countries spanning from Hawaii to Germany.

Alyssa Katahara was appointed the Principal Harpist of the Vancouver Symphony Orchestra in 2022. She previously held the Principal Harp position in the Venice Symphony and has additionally performed alongside the Los Angeles Opera, Los Angeles Master Chorale, and New World Symphony. Alyssa spent her summers at the Académie Internationale d’Été de Nice and Aspen Music Festival and School, and participated as a fellow at the Tanglewood Music Center, Orchestra of the Americas, Music Academy of the West, and National Repertory Orchestra.

A passionate music educator, Alyssa has hopes of making the harp a more accessible instrument. While living in Los Angeles, California, she was the co-founder of the harp department for the Colburn School’s Jumpstart Program where students are provided tuition-free music instruction and instruments.

Alyssa is an Interlochen Arts Academy graduate where she studied with Joan Holland. She continued her harp studies at the Colburn Conservatory of Music with JoAnn Turovsky where she received her Bachelor and Master of Music degree in harp performance with an emphasis in pedagogy.