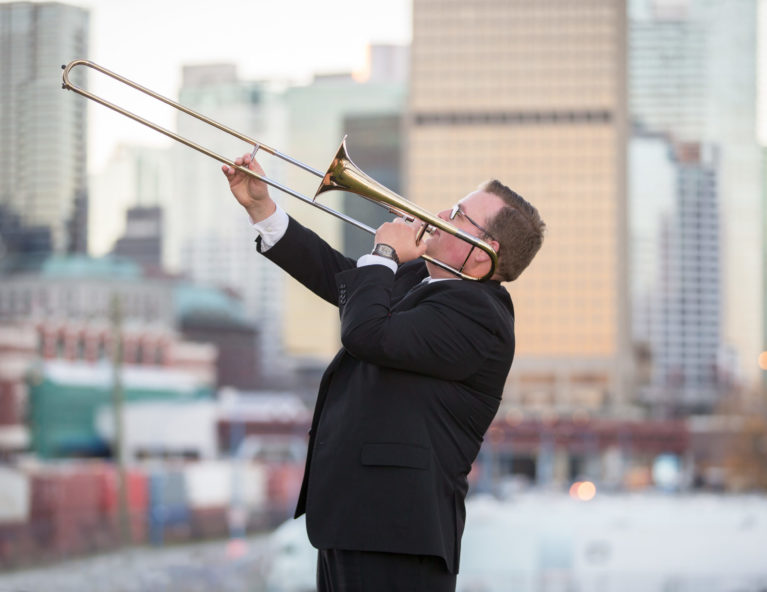 Andrew Poirier hails from Lewisporte, Newfoundland and began his musical studies in the Salvation Army. After earning a Bachelor of Music degree from the University of British Columbia, he continued his education at the San Francisco Conservatory of Music earning a Master of Music Degree in Orchestral Performance. Andrew has studied with legendary trombonists Mark Lawrence, Gordon Cherry and Kenneth Knowles.

Andrew is an avid arranger and transcriber of music for brass. Many of his pieces have been performed by trombone ensembles, brass ensembles and brass bands around the world. He has had arrangements and transcriptions recorded by iTromboni, the Vancouver Brass Orchestra and the Canadian Staff Band of the Salvation Army. A number of his pieces have been published by Cherry Classics Music.