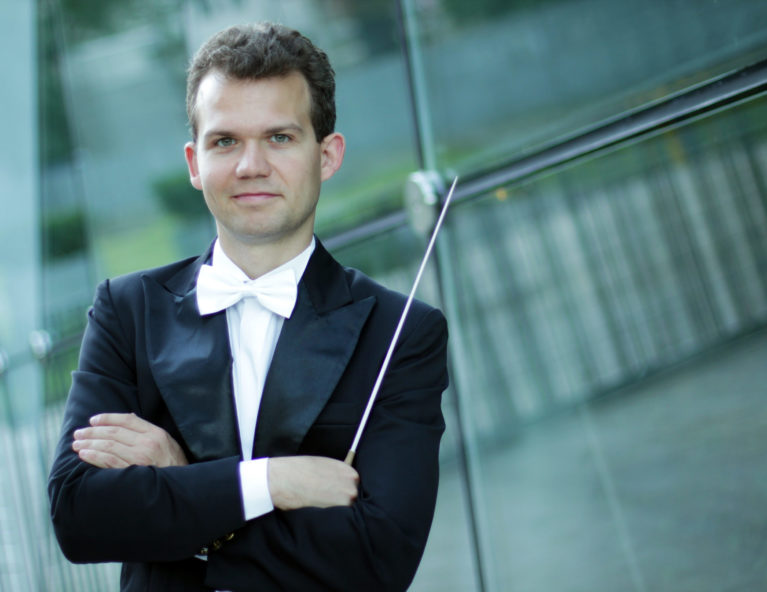 After graduating from the Liszt Academy of Music with a major in choral conducting, Balázs Bánfi studied orchestra conducting at the University of Music and Performing Arts, Vienna. Maestro Bánfi has conducted the Vienna Chamber Orchestra in the concert studio of the ORF Radiokulturhaus and at the Vienna Konzerthaus, and in Hungary, has conducted at the Palace of Arts and his alma mater, the Liszt Academy of Music. From 2011-2014 he was conductor of the Szolnok City Symphony Orchestra. He has worked with many orchestras, including the MÁV Symphony Orchestra, the Dohnányi Orchestra Budafok, the Danubia Orchestra Óbuda, and the Tatabánya Symphony Orchestra. In 2018, Maestro Bánfi conducted Marriage of Figaro at Sommerfestival Kittsee.