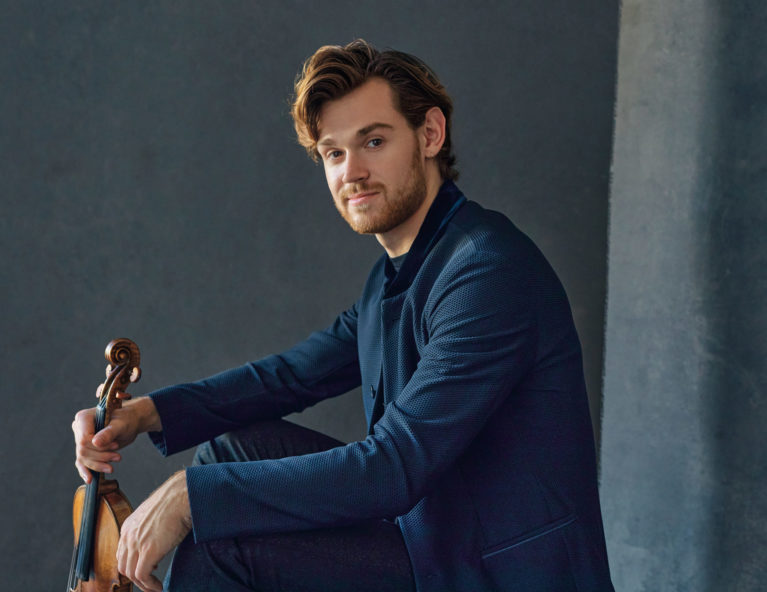 Described as “immaculate, at once refined and impassioned,” (ArtsAtlanta) violinist Blake Pouliot (pool-YACHT) has anchored himself among the ranks of classical phenoms. A tenacious young artist with a passion that enraptures his audience in every performance, Pouliot has established himself as “one of those special talents that comes along once in a lifetime” (Toronto Star).

In the 2021/22 season, Pouliot makes his debuts with the Boise Philharmonic, Omaha Symphony, Plano Symphony, Sarasota Orchestra and Winnipeg Symphony; returns to the symphony orchestras of Vancouver, Naples, Nova Scotia, and Tallahassee; performs recitals in Philadelphia, Sarasota, and Miami; and tours Europe as Artist-in-Residence with NPR’s Performance Today.

Pouliot’s debut album, released in 2019, earned a five-star rating from BBC Music Magazine as well as a 2019 Juno Award nomination for Best Classical Album (Analekta Records). Pouliot has been awarded the Career Development Award from the Women’s Club of Toronto, the Virginia Parker Prize Career Grant from the Canada Arts Council, and Grand Prize at the 2016 Orchestre symphonique de Montréal Manulife Competition.

Pouliot received his degree from the Colburn School Conservatory of Music.

He performs on the 1729 Guarneri del Gesù, on generous loan from the Canada Council for the Arts Musical Instrument Bank as First Laureate of both their 2018 and 2015 Competition.