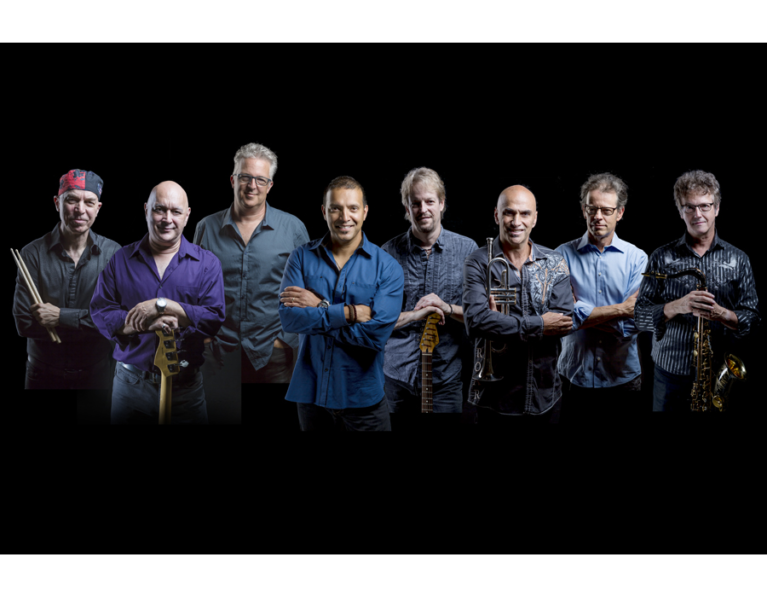 Brass  Transit  was  formed  in  2008  and  brought  together  8  of  the  most  talented and accomplished award winning musicians. Their sole purpose  was  to  pay  tribute  to  one  of  the  world’s  greatest  and  most  successful pop/rock groups of all time, CHICAGO.

Since then, the group has toured North America dazzling audiences with their flawless performances and spectacular attention to every detail of the CHICAGO songbook. Hits like: Saturday In The Park, 25 or 6 To 4, If You Leave Me Now, You’re The Inspiration  have  left  crowds  in  awe  and  on their feet more than once during a show, evoking comments like “Spine-­‐Tingling”  “Brought  me  back  to  my  youth”  and  “Perfect  in  every detail”. Brass Transit goes far beyond just imitating the songs, they embody the music.

They recently produced their first CD taking top hits from the 70’s and recording them with horns in the CHICAGO style. The result is a fresh approach  to  some  of  the  greatest  hits  of  that  era.    They  have  also  just  recently scored their show for full Symphony with luscious orchestral arrangements that are truly spellbinding.

Brass Transit will bring you back to the most memorable times of your life.