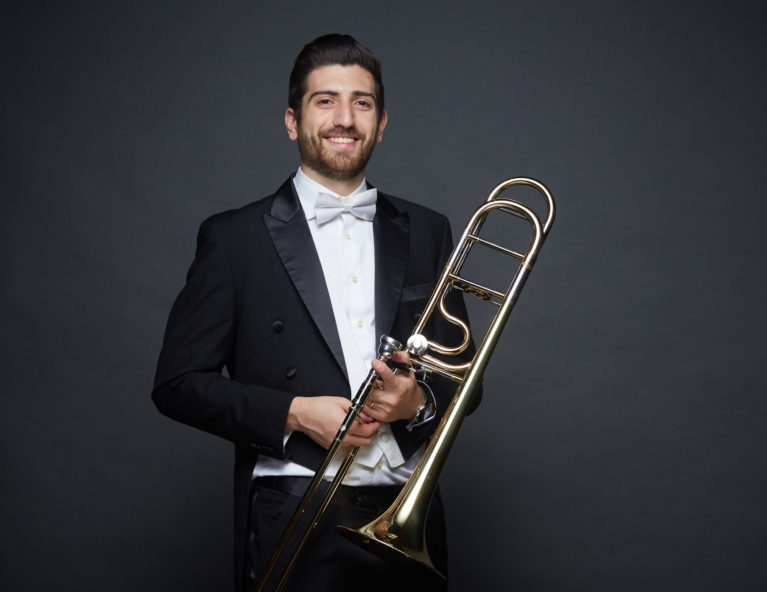 Brian Wendel joined the Vancouver Symphony Orchestra as Principal Trombone in 2017, at age 21. Winner of two International Trombone Association competitions (2014 and 2016), Brian has performed with the Philadelphia Orchestra, the New York Philharmonic, and the New York Philharmonic Brass Ensemble. He has worked with conductors such as Yannick Nézet-Séguin, Valery Gergiev, Esa-Pekka Salonen, David Robertson, Alan Gilbert, Jaap Van Zweden, and Charles Dutoit, among others, performing in venues around the world.

Chamber music performances have taken him to venues including the United Nations, the Russian Embassy in Washington, DC, and Madison Square Garden. As a student, Brian spent summer months at Music Academy of the West; Pacific Music Festival; American Institute of Musical Studies in Graz, Austria; the National Orchestral Institute; and the Alessi Seminar, and was a member of NYO-USA in 2013.

Growing up in the rural town of Conway, Massachusetts, Brian's other endeavors have included piano, jazz, and composing and performing his own music. He received his Bachelor’s degree from The Juilliard School, where he was a scholarship student of Joseph Alessi, the principal trombone of the New York Philharmonic.