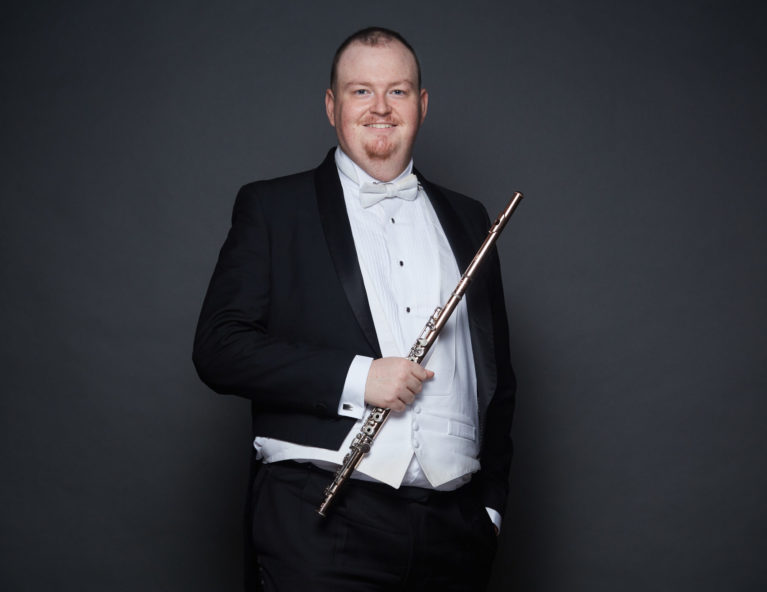 Canadian flutist Chris James is a highly versatile young performer. Praised by the New York Times for his "brilliant" orchestral playing, Chris enjoyed a stellar freelance career prior to joining the VSO. In addition to positions with the Memphis, Missouri, and Ann Arbor Symphonies, he has appeared with the Buffalo Philharmonic, the National Arts Centre Orchestra, the National Ballet of Canada Orchestra, the Michigan Opera Theater Orchestra, and the Detroit, Toronto, Albany, and Nashville Symphonies, among others.

Also an active chamber musician and soloist, he has performed in such diverse venues as New York’s Weill Hall, Toronto’s Mad Bean Café, the Canadian Museum of Civilization and Ontario Legislature Buildings, and the open-air Piazza del Plebiscito in Viterbo, Italy. Recent honours include performances at the the 9th Kobe International Flute Competition, and an appearance on CBC Music's "30 Hot Canadian Classical Musicians Under 30" (2017). Chris has won prizes at numerous competitions at home and abroad, including the National Flute Association's Young Artist Competition and the Federation of Canadian Music Festivals' National Competition. He has been invited as a recitalist to the Mid-South Flute Festival, the Universities of Memphis and Central Arkansas, various National Flute Association conventions, and concert venues across Canada and the United States.

A dedicated educator, Chris is increasingly in demand as an adjudicator. He has recently served in this capacity at the Mid-South Flute Festival, the Toronto, Ottawa and Oshawa Kiwanis Festivals, the Ontario Music Festivals Association's Provincial Finals, Rhodes College, and the University of Michigan.