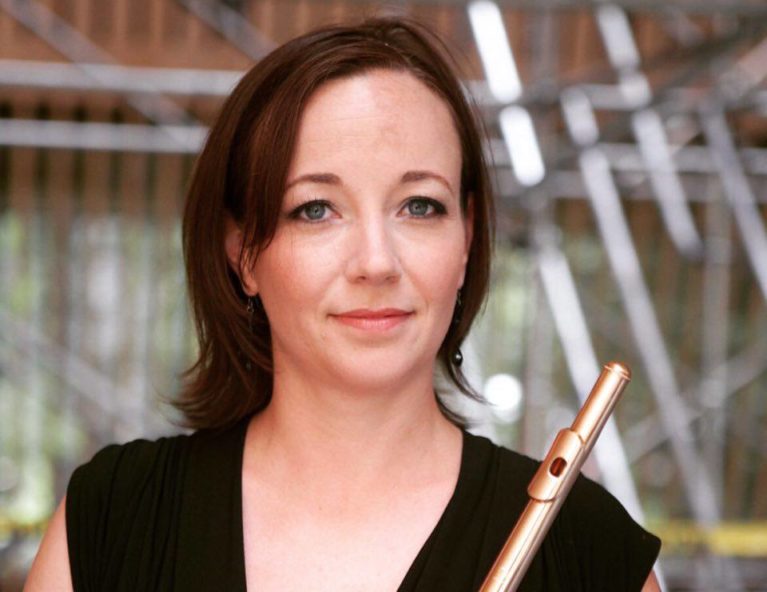 Christie Reside has been the Principal Flute of the Vancouver Symphony Orchestra since 2004. Originally from Calgary, Alberta, Ms. Reside earned her Bachelor of Music degree from McGill University as a student of Timothy Hutchins, during which time she won the position of Second Flute with the VSO at the age of 19.

Ms. Reside is a passionate chamber musician, and has been invited to participate in several international chamber music festivals, including the Spoleto Music Festival in Italy, the Bellingham Music Festival, and the Mountain View International Festival of Song and Chamber Music. She has collaborated with artists such as Rudolf Jansen, Patrick Gallois, Jonathan Crow, and Yegor Dyachkov. She frequently performs as a soloist and has appeared as such with the symphony orchestras of Montreal, Quebec City, Edmonton, Calgary, Vancouver, and Victoria, among others.

Christie Reside is a proud member of the award-winning Standing Wave Ensemble, based in Vancouver. Standing Wave is a new music group dedicated to commissioning and performing works by Canadian and international composers, and they’re excited to have been recently chosen to be Ensemble-in-Residence at the 2020 Gaudeamus Musiekweek in the Netherlands.

Currently, Ms. Reside is an Adjunct Professor at the University of British Columbia, and is also a faculty member at the Vancouver Academy of Music.