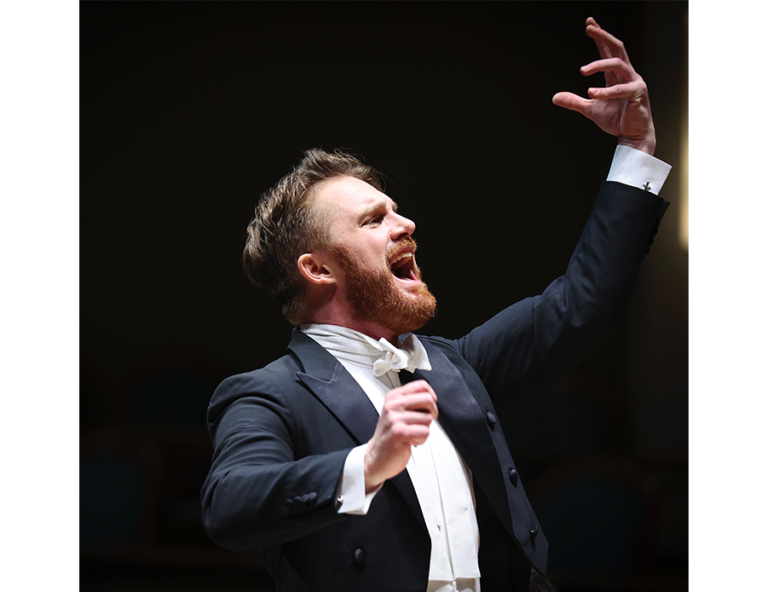 Anchored in the belief that music holds the power to transform lives, Courtney Lewis has established himself as one of his generation’s most dynamic conductors. Currently in his eighth season as Music Director of the Jacksonville Symphony, Lewis has designed an ambitious mission to enrich the surrounding community with innovative symphonic programming, creating the highest quality of art possible, accessible to all.

The Florida-Times Union has noted [that] “it’s beyond debate that Lewis has been a transformative figure...leading the [Jacksonville] Symphony.” Under Lewis’s leadership, the artistic caliber has improved considerably, and the symphony has grown in size and national reputation, recently making its first broadcast on NPR’s Performance Today.

Deeply committed to new music, Lewis has worked with and commissioned many of today’s leading composers. In 2016, he assisted Thomas Adès at the Salzburg Festival for the premiere of Adès’s opera The Exterminating Angel. In Jacksonville, recent and upcoming commissions include works by Carlos Simon, Sean Shepherd, Tarik O’Regan, Courtney Bryan, and Conrad Tao.

In 2018, the Kennedy Center and Washington Performing Arts announced Lewis and the Jacksonville Symphony as one of just four orchestras invited to participate in 2020 SHIFT: A Festival of American Orchestras—an esteemed showcase of the extraordinary artistry of orchestras nationwide. In recent seasons, Lewis has made debuts with the Nürnberger Symphoniker, Hallé, San Diego Symphony, Aspen Music Festival, and the Royal Philharmonic Orchestra, led the Australian Youth Orchestra on tour, and the Minnesota Opera in their revival production, and Naxos’ recording of Silent Night, composed by Kevin Puts. In the summer of 2022, Lewis returned to the Los Angeles Philharmonic, making his debut at the Hollywood Bowl.

A passionate opera conductor, Lewis introduced symphonically staged productions of Hänsel und Gretel in 2017, excerpts from Götterdämmerung with Christine Brewer and Jay Hunter Morris in 2018, Don Giovanni in 2019, and La Bohème in 2022. In 2023, he will perform The Magic Flute.

Since his debut in November 2008 with the Saint Louis Symphony Orchestra, Lewis has appeared with the Los Angeles Philharmonic, Vancouver Symphony, and RTÉ National Symphony Orchestra of Ireland, among many other high-profile orchestras. He served as Assistant Conductor of the New York Philharmonic, Associate Conductor of the Minnesota Orchestra, and Dudamel Fellow with the Los Angeles Philharmonic. From 2008 to 2014, Lewis was also the Music Director of Boston’s acclaimed Discovery Ensemble, a chamber orchestra dedicated to giving concerts of contemporary and established repertoire at the highest level of musical excellence, while also bringing live music into the underprivileged parts of Boston through workshops in local schools.

Born in Belfast, Northern Ireland, Lewis began his musical journey as a chorister before studying composition with Robin Holloway at the University of Cambridge, and clarinet with Dame Thea King. After completing a master’s degree at Cambridge with a focus on the late music of György Ligeti, he attended the Royal Northern College of Music, where his teachers included Sir Mark Elder and Clark Rundell.