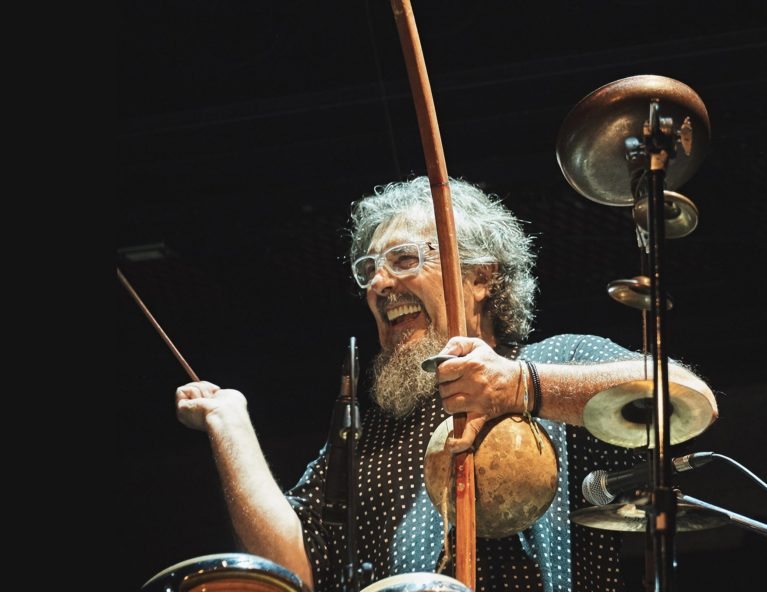 Cyro Baptista is a Brazilian born percussionist and composer whose vast talent and penchant for innovation brought him to be praised as one of the most respected musicians in the world.

Cyro’s endless sonic curiosity and intense rhythmic led him to create several musical ensembles and record many albums of his own. He has also lent his sounds to several GRAMMY award-winning records and to over 300 CDs with many of the most beloved musicians in the world.

Cyro’s credits read like a "Who’s Who" of modern music. His talent and versatility have led to associations with a wide range of leading jazz, rock, pop, classical, avant-garde and Brazilian artists. From Paul Simon to Yo-Yo-Ma, Herbie Hancock to Kathleen Battle, Trey Anastasio( from Phish) to John Zorn, Wynton Marsalis to Laurie Anderson, from the legendary Brazilians Milton Nascimento and Caetano Veloso to Sting –  they all wanted Cyro’s magic touch on their recordings or live performances.

Baptista has a great interest in education and sharing his knowledge and experiences, especially to underserved factions of society through his “Sound of Community” initiative.