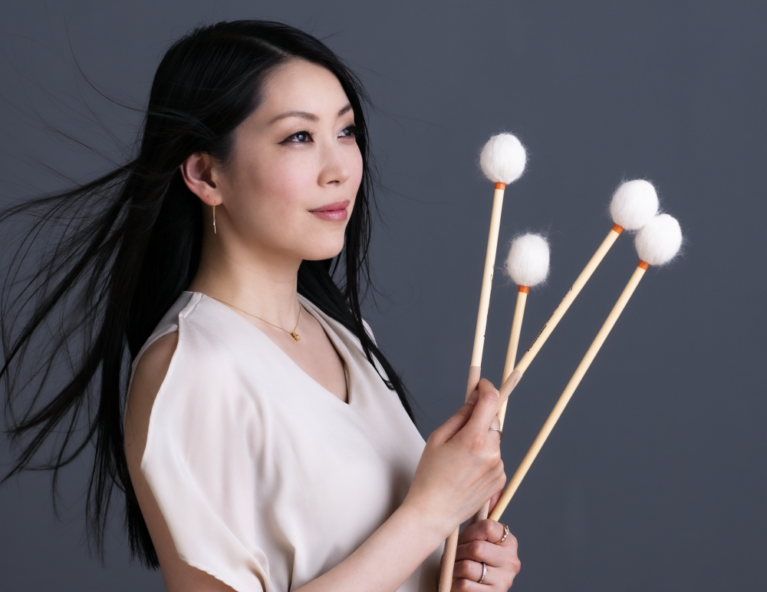 Praised for her ‘mesmerizing combination of sound and sight’ (Irish Times), the award- winning marimbist, Eriko Daimo, is one of the leading artists of her field.

Born in Kagoshima, Japan, Ms. Daimo began her musical studies at age five on the piano. She started studying the marimba when she entered high school in 1997, and went on to study at the Aichi Prefectural University of Fine Arts and Music and the Boston Conservatory. Ms. Daimo is an endorser of Marimba One, Innovative Percussion, and Zildjian Cymbals.

She is currently on the faculty and Director of Marimba Studies at the New York University Steinhardt and faculty at The Juilliard School pre-college division.