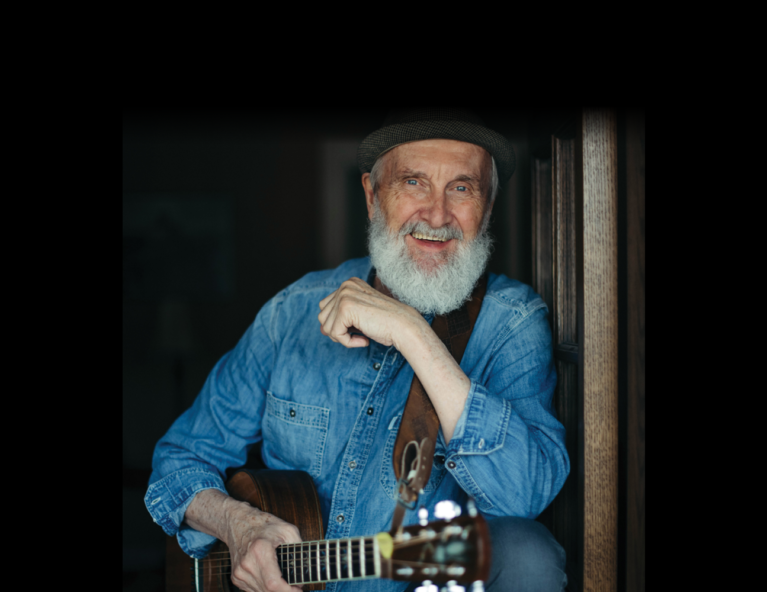 At a recent keynote address to an early childhood education conference, acclaimed family entertainer, singer/songwriter, composer, actor, writer, author, TV host and keynote speaker Fred Penner delivered a simple, yet powerful message. “Never underestimate your ability to make a difference in the life of a child.”

A gentle giant with kind eyes and an undeniable ability to make you feel good about yourself, this musical master brings 45 years of commitment, consistency and depth to a career that skillfully blends the many genres of performing and communication. Dubbed “Mr. Multi-Media” by Billboard Magazine, his diverse repertoire includes a prolific 12 Children’s Albums, countless energetically packed live shows for throngs of eager audiences across North America, composing the music for APTN/YTV’s Tipi Tales, and writing the score and hosting the TV documentary The Simple Way (focused on the relevant, world-wide topic of voluntary simplicity). He has, without a doubt, established himself as a fundamental part of the North American family entertainment scene. And whether it’s through CDs, videos, books or television, his cornerstone philosophy remains the same: absolute trust that his work can make a difference.

The first children’s entertainer to headline at the Los Angeles Amphitheater, this four time recipient of the Parents’ Choice Award and the man Los Angeles Parent called the “Canadian Minister of Positivity” has successfully transformed children’s entertainment into a family affair. Offering his broad talents to speak to the family unit and express his feelings about where the world is going and what children are learning. A devoted father of four, lessons learned through the challenges and rewards of parenthood are translated into all that he does.

His pre-music experience working with troubled youth set the stage for what was to come; providing an understanding of the trauma of child abuse and the ability of music to heal. Those learnings, along with the untimely passing of his 12- year-old sister with Down’s Syndrome and subsequent passing of his father a year later, sparked a period of deep soul-searching and life-changing decisions. Inspired by his sister’s pure love of music, the man who had planned to become an economist, made a choice to become a performer. Lucky for us, he did.

More than the music, the two-time Juno winner (equivalent of a Grammy) for Best Children’s Album, Fred Penner’s Place (1985) and Sing with Fred (2004) and eight-time nominee’s body of work is about energy and emotional connection. The guy who crawled magically out of that hollow log for 12 seasons and more than 900 episodes in the hit CBC TV show Fred Penner’s Place receives fan mail to this day from some of the 55 million American viewers where the show ran for four years on the Nickelodeon’s Nick Jr.. Always building on a common theme rooted in integrity and a “belief in what I can do” he has created a lasting impact that crosses the generations and continues to grow.

From the small screen to the live stage; from writing songs to composing scores; this seasoned performer’s ability to blend his considerable talents has garnered critical acclaim and a host of awards.

From the small screen to the live stage; from writing songs to composing scores; this seasoned performer’s ability to blend his considerable talents has garnered critical acclaim and a host of awards. Like the precious ingredients in your favourite feel good soup, his combination of warmth, ease, enthusiasm and grace bring nourishment too often lacking in these turbulent times.

In 2000, the Canadian Institute of Child Health honoured Fred for his contribution to the well-being and safety of children. He is also a humble recipient of the Order of Canada, the highest recognition given to a Canadian citizen and the Order of Manitoba, a similar award from his home province. One of his albums, Happy Feet was named Best Children’s Album of the Year by the U.S.A’s Entertainment Weekly and he is the first ever winner of the Prairie Music Award for Outstanding Children’s Recording.

His visibility has allowed him the privilege and joy of using his voice to “bring something of value” as a spokesperson for organizations like UNESCO, World Vision, UNICEF and the National Conference on Down Syndrome. In 2005, Fred journeyed to Zambia, Africa with World Vision to host a program for Child Sponsorship in the Western World.

Here and now, the family entertainer called “an American hero” by Long Island Parenting News is planning to expand his writing and performing abilities more into the genres of film and theatre. With extensive stage experience, including serious drama (Death of a Salesman), musicals (The Music Man) and family theatre (Captain Hook in Peter Pan to name just one), he looks forward to more involvement in the acting side of the film world. In addition, he looks to creating a new family album of “strong songs, with strong messages for the family and child” that speaks to what’s happening in the world and the importance of positive messages in these trying times.

To that end, his latest album, “Hear The Music” is set for release in April 2017. The album was produced by long time collaborator Ken Whiteley and recorded in Toronto, where Fred lives with his spouse, voice/acting coach and director Rae Ellen Bodie (whom he married in 2016 and who co-wrote two of the songs on the album). “Hear The Music”, which Fred created for three generations of his fans, includes guests such as Ron Sexsmith, Terra Lightfoot, Alex Cuba, Basia Bulat, Jackie Richardson, The Good Lovelies, Fred’s four children and a wealth of Canada’s best musicians.

Standing on an already firm footing in television and always excited about where the mystical journey will take him next, Fred is also making room for the possibility of another series or documentary.

A humanitarian always conscious of the “delicate balance required to create a positive influence that fosters healthy self-esteem in the life of a child”, his work is infused with a steadfast commitment to communicating with children and families in a clear, non-condescending way. “More than just fun”, this multi-talented artist has the wisdom and humility to know that the importance and the meaning of what he does can reach deeply into the lives of others.