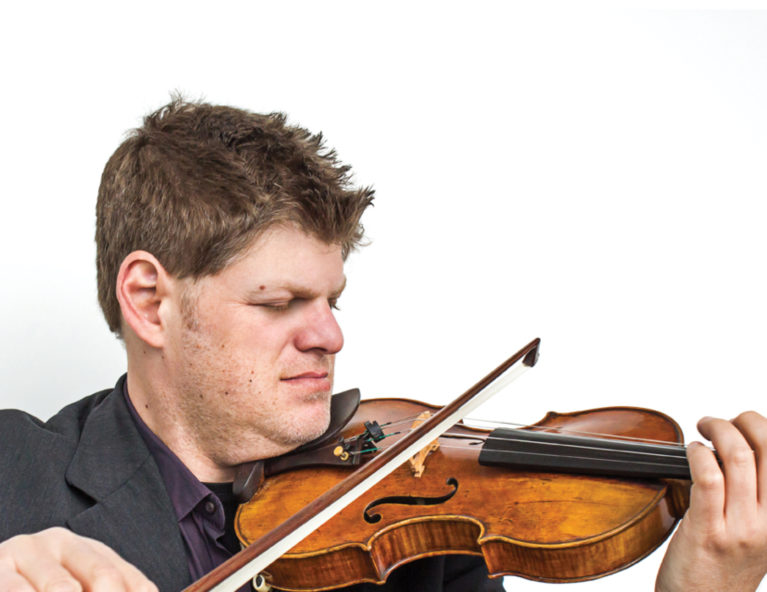 Violinist Guy Braunstein was born in Tel Aviv and studied under the guidance of Chaim Taub and later in New York with Glenn Dicterow and Pinchas Zuckerman. He started performing as an international soloist and a chamber musician at a young age and has since performed with many of the world’s greatest orchestras and conductors. His chamber music collaborations have included projects with Issac Stern, András Schiff, Zubin Mehta, Maurizio Pollini, Yefim Bronfman, Daniel Barenboim, Sir Simon Rattle, Mitsuko Uchida and Angelika Kirschlager to name a few. He was the youngest person ever to be appointed concertmaster of the Berliner Philharmoniker in 2000, a position he held for twelve years before leaving to pursue his solo career. Highlights in 18/19 included return concerts as both soloist and conductor with the Trondheim Symphoniker and Hamburger Symphoniker as well as a concerto debut with the Ulster Orchestra. Guy also debuted with the Israel Chamber Orchestra as both soloist and conductor in the same concert. Guy plays a rare violin made by Francesco Roggieri in 1679.