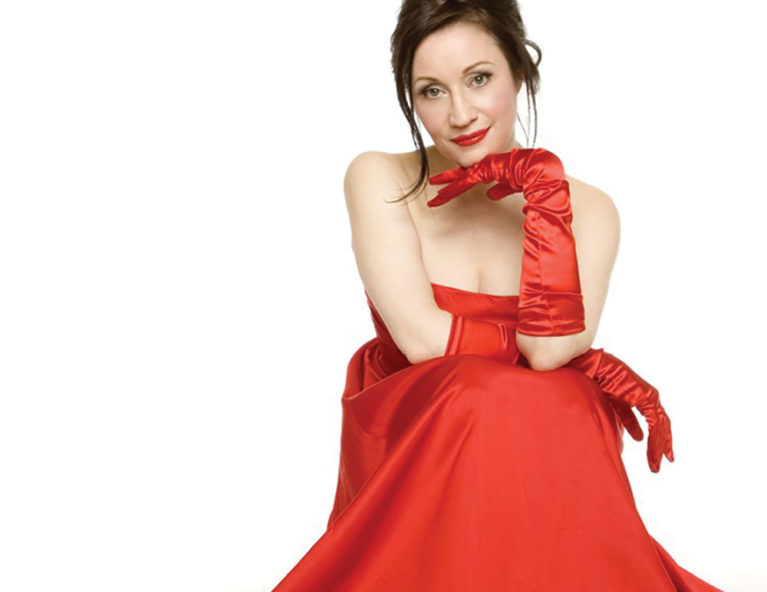 You can bet that when Canadian Jazz icon Holly Cole and her impeccable band come to town to spread a little “naughty and nice” that, like Santa, they will get you into the holiday spirit! Holly brings fresh faces to well-worn standards and an eclectic selection of holiday material with an uncanny combination of sensuality, innocence, originality and sheer musicality. At this year’s Holiday concert, you will enjoy songs from her newly released Juno nominated album HOLLY as well as a thoughtful and interesting selection of seasonal favorites.

Ms. Cole has a long and storied international career, having sold hundreds of thousands of recordings in the U.S., Japan and Germany and having been signed to the highly acclaimed New York based Jazz label, Blue Note Records, for over a decade. At home her successes include multi-platinum sales awards, three JUNOs (plus this year’s nomination for Best Jazz Vocal album for HOLLY) and two Gemini Awards. As well, in 2013, Ms. Cole became the 15th winner of the highly prestigious Ella Fitzgerald Award. This is an award that the Montreal International Jazz Festival created for its 20th anniversary in 1999, annually conferring it upon “a jazz singer of significant talent who has had a major impact and influence in the international scene.” Holly is one of only 2 Canadians to ever receive this prestigious award. Other winners include Sade (2011), Aretha Franklin (2008), Harry Connick, Jr. (2007), Etta James (2006), Tony Bennett (2004), Bobby McFerrin (2003), Diana Krall (2001). Pretty fine company of peers.

Ms. Cole’s creative process includes taking tunes everybody thinks they know and discovering new undercurrents, wrapping her honesty, compassion and sardonic wit around the often-fragile creations. The results are smart, sexy, provocative, sometimes dangerous - and never, ever dull.  “I look at the essence of a song,” muses Ms. Cole, “If it’s a great lyric I often love to re-phrase it, slow it down, explore it, dissect it and deconstruct it. I love to take it apart and then put it back together and look at it in an entirely different way. In the process, it often becomes more evocative and contemporary in its feel and meaning. That’s a huge part of my art form, that’s a huge part of what I do.”

Ms. Cole presently resides in two of her favourite places on the planet, downtown Toronto and a newly acquired century home on the shores of the Atlantic in Nova Scotia .