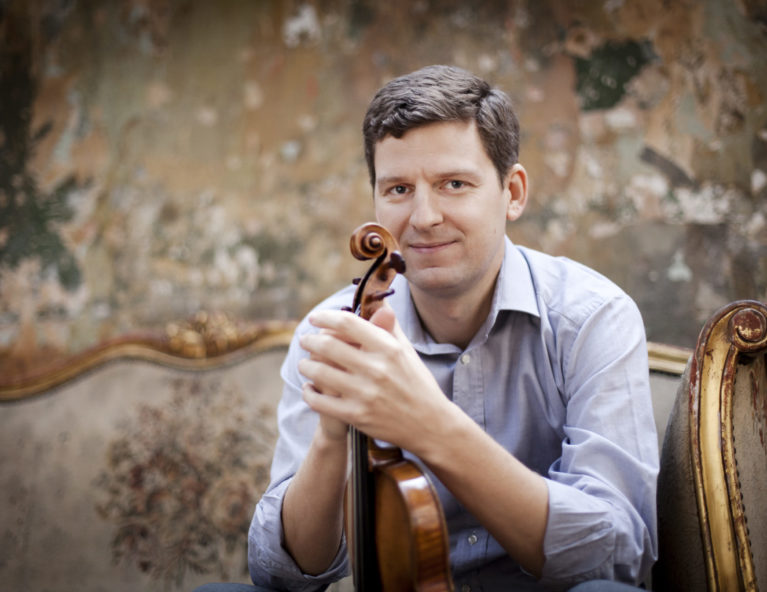 James Ehnes has established himself as one of the most sought-after violinists on the international stage. Gifted with a rare combination of stunning virtuosity, serene lyricism and an unfaltering musicality, Ehnes is a favourite guest of many of the world’s most respected conductors including Ashkenazy, Alsop, Sir Andrew Davis, Denève, Elder, Ivan Fischer, Gardner, Paavo Järvi, Mena, Noseda, Robertson and Runnicles. Ehnes’s long list of orchestras includes, amongst others, the Boston, Chicago, London, NHK and Vienna Symphony Orchestras, the Los Angeles, New York, Munich and Czech Philharmonic Orchestras, and the Cleveland, Philadelphia, Philharmonia and DSO Berlin orchestras.

Recent and future orchestral highlights include the MET Orchestra at Carnegie Hall with Noseda, Gewandhausorchester Leipzig with Shelley, Orchestre National de France with Gardner, San Francisco Symphony with Janowski, Frankfurt Radio Symphony with Orozco-Estrada, Hong Kong Philharmonic with van Zweden and Gothenburg Symphony with Nagano, as well as his debut with the London Philharmonic Orchestra at the Lincoln Center in spring 2019 and a residency with the Minnesota Orchestra throughout 2017/18. In 2017, Ehnes premiered the Aaron-Jay Kernis Violin Concerto with the Toronto, Seattle and Dallas Symphony Orchestras, and gave further performances of the piece with the Deutsches Symphonie-Orchester and Melbourne Symphony Orchestra. Ehnes was awarded the 2017 Royal Philharmonic Society Award in the Instrumentalist category.

Alongside his concerto work, James Ehnes maintains a busy recital schedule. He performs regularly at the Wigmore Hall, Carnegie Hall, Symphony Center Chicago, Amsterdam Concertgebouw, Ravinia, Montreux, Chaise-Dieu, the White Nights Festival in St Petersburg, Verbier Festival, Festival de Pâques in Aix, and in 2009 he made a sensational debut at the Salzburg Festival performing the Paganini Caprices. In 2016, Ehnes undertook a cross-Canada recital tour, performing in each of the country’s provinces and territories, to celebrate his 40th birthday.

As a chamber musician, he has collaborated with leading artists such as Andsnes, Capucon, Lortie, Lugansky, Yo-Yo Ma, Tamestit, Vogler and Yuja Wang. In 2010, he formally established the Ehnes Quartet, with whom he has performed in Europe at venues including the Wigmore Hall, Auditorium du Louvre in Paris and Théâtre du Jeu de Paume in Aix, amongst others. Ehnes is the Artistic Director of the Seattle Chamber Music Society.

Ehnes has an extensive discography and has won many awards for his recordings including a Gramophone Award for his live recording of the Elgar Concerto with Sir Andrew Davis and the Philharmonia Orchestra. His recording of the Korngold, Barber and Walton violin concertos won a Grammy Award for ‘Best Instrumental Soloist Performance’ and a JUNO award for ‘Best Classical Album of the Year’. His recording of the Paganini Caprices earned him universal praise, with Diapason writing of the disc, “Ehnes confirms the predictions of Erick Friedman, eminent student of Heifetz: ‘there is only one like him born every hundred years’.” Ehnes’s recent recording of the Bartók Concerti was nominated for a Gramophone Award in the Concerto category. Recent releases include sonatas by Beethoven, Debussy, Elgar and Respighi, and concertos by Britten, Shostakovich, Prokofiev and Walton, as well as the Beethoven Violin Concerto with the Royal Liverpool Philharmonic Orchestra and Andrew Manze, which was released in October 2017 (Onyx Classics)

Ehnes began violin studies at the age of four, became a protégé of the noted Canadian violinist Francis Chaplin aged nine, made his orchestral debut with Orchestre Symphonique de Montréal aged 13 and graduated from The Juilliard School in 1997, winning the Peter Mennin Prize for Outstanding Achievement and Leadership in Music. He is a Fellow of the Royal Society of Canada and in 2010 was appointed a Member of the Order of Canada.