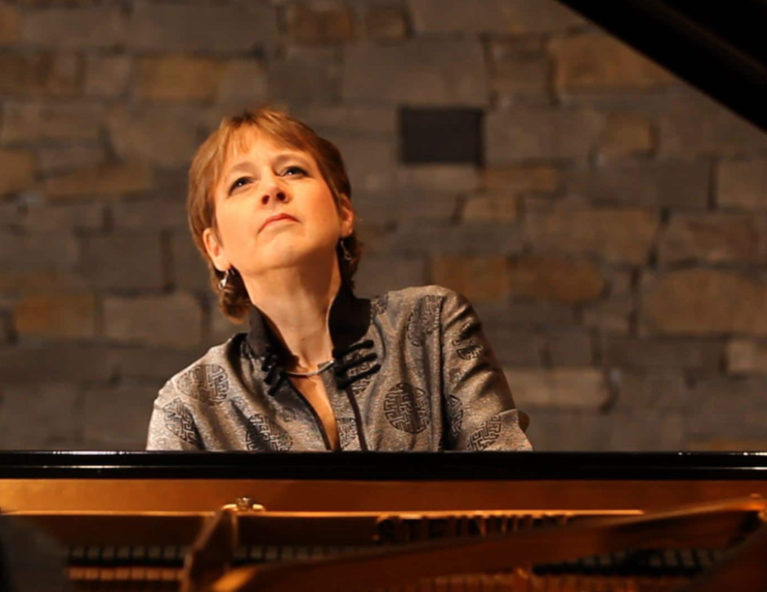 Pianist Jane Coop is one of Canada’s most prominent and distinguished artists. At the age of nineteen she won First Prize in the CBC Radio’s national competition and this, along with First Prize at the Washington International Competition, launched her career.

Her principal teachers for advanced studies were Anton Kuerti and Leon Fleisher. She has played in over twenty countries, in such eminent halls as the Bolshoi Hall in St.Petersburg, the Kennedy Center, Alice Tully Hall, Roy Thomson Hall, the Hong Kong Cultural Centre, the Beijing Concert Hall and the Salle Gaveau in Paris.

Coop is a cherished faculty artist at the Kneisel Hall Chamber Music Festival (Blue Hill, Maine) where for a quarter of a century she has been collaborating with members of the Juilliard Quartet among other noted string players. At UBC’s School of Music she was for many years Professor of Piano and Chamber Music, as well asbeing designated Distinguished University Scholar.

Coop has been an invited jury member for international piano competitions in Canada, the USA, China, and Great Britain. Her sixteen CD recordings have garnered glowing reviews and have been heard on classical radio programs in many countries. In 2012, Jane Coop was appointed to the Order of Canada, Canada’s highest honour for lifetime achievement, and in 2019 she was awarded the Order of British Columbia.