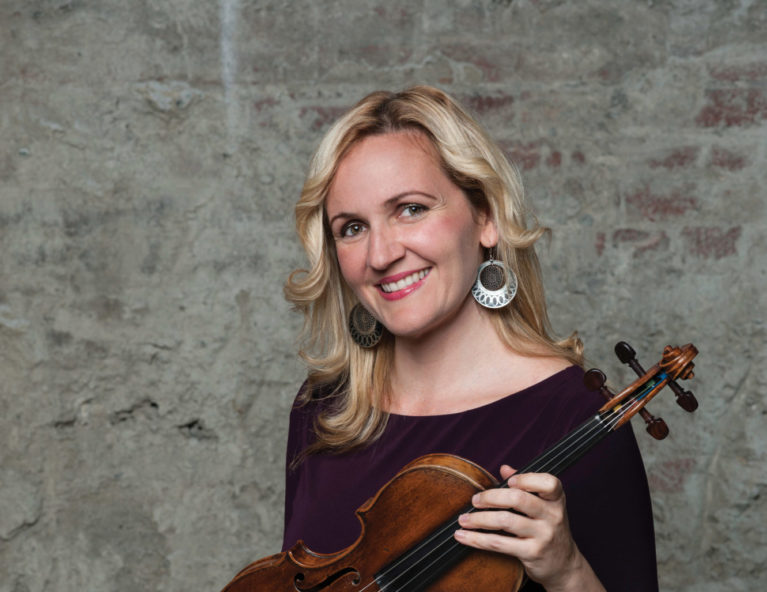 Mexican-born violinist Jeanette Bernal-Singh has won many national and international awards and competitions. She first appeared as soloist at the age of 16 with the Victoria Symphony. At age 17, she won the concerto competition to solo and tour with the National Youth Orchestra of Canada. She was a prizewinner at the Henryk Szerying International Violin Competition, where she was awarded a violin, and her soloist experiences have included appearances with the Vancouver Symphony Orchestra, St. Cecilia Chamber Orchestra and West Coast Symphony Orchestra.

Her violin has taken her all over North America, Europe, South East Asia, India and Australia. Jeanette has recorded for broadcasts and CDs of Indian, Mexican, and Chinese music. She was a member of the Malaysia Philharmonic in the year 2004, with whom she toured Australia, performing memorably at Sydney's Opera House. As an orchestral musician, Jeanette has worked with many of today's leading conductors, such as Kurt Mazur, Sir George Solti, Valery Gergiev and Mstislav Rostropovich.

Having begun violin at the age of three with her mother Joan King and step-father, Pablo Diemecke, her teachers include Gerald Stanick, Paul Biss, Franco Gulli, Stanley Ritchie, Stanislaw Kawalla and Sidney Humphreys. She completed her undergraduate studies at Indiana University, where she was concertmaster of the Concert and Philharmonic Orchestras, earning the prestigious Carol A. Wingler Memorial Award and several scholarships and honour awards. Jeanette holds a master’s degree, attained with honours, from the University of British Columbia. Her first audition, during her studies at UBC, was for the Vancouver Symphony, where she won, and later attained the titled position of Assistant Principal Second Violin.

Currently a faculty member at the Langley Community Music School, Jeanette teaches violin and chamber music, and performs chamber music recitals. Jeanette has been concertmaster of the Orchestre Des Concerts Diemecke (Die Mahler Enterprises). She performs Indian music, and has been a guest on several TV shows.