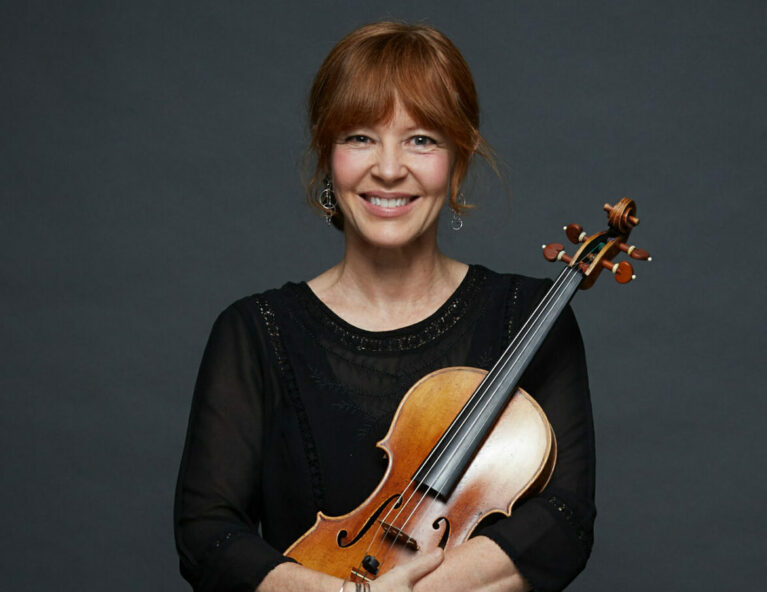 Karen began playing the violin at the age of three, influenced by four generations of musicians in her family. She studied at the Vancouver Academy of Music until leaving BC to pursue a post-secondary education at the North Carolina School of the Arts. Graduating first in her university class, Karen was awarded the single highest scholarship awarded by NCSA; the Sarah Graham Kenan Scholarship. After graduation, while performing as Associate Concertmaster of the Spoleto Festival Opera Orchestra (Spoleto, Italy) Karen was named Director of Chamber Music at Davidson College, (Davidson, NC) and remained in that post for two years until winning a position in the Vancouver Symphony, where she is Associate Principal Second.

After settling in Vancouver, Karen was appointed to the faculty of the Vancouver Academy of Music, and taught there from 1990 - 2002. As both a chamber musician and an orchestral player, Karen has performed throughout Europe, Canada, the US and Asia, and she continues to count traveling as one of her favorite pursuits. Since joining the VSO, Karen has been named a McBride Scholar at Bryn Mawr in Philadelphia and has twice attended the Banff Centre for the Arts as an Artist-in-Residence. In 2012, Karen is delighted to appear as a member of the Nomidi Trio, and is particularly honoured to be working and performing with Nomidi and the iconic Canadian dancer Margie Gillis.

Karen is very good at making her son laugh.