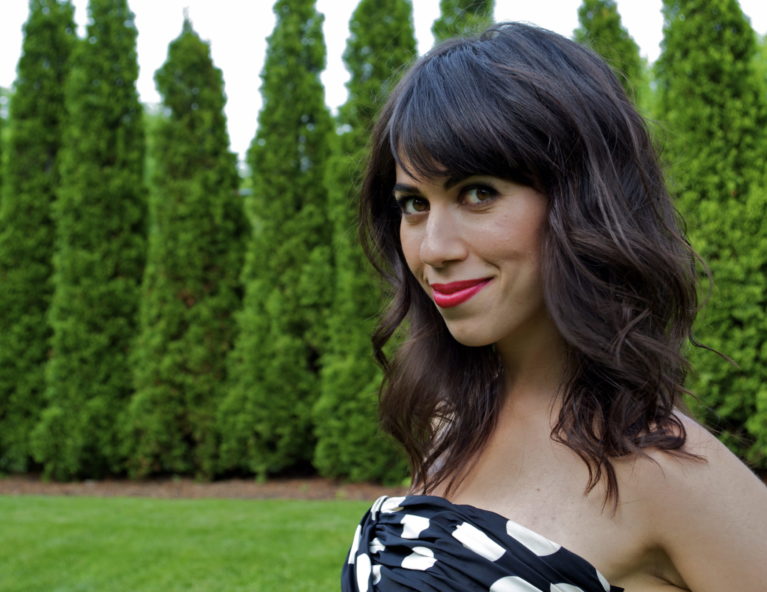 Italian-Canadian soprano Lucia Cesaroni has been attracting the attention of discerning audiences worldwide on opera, concert and recital platforms. In La bohème for Pacific Opera Victoria, she was “was sinuous and seductive, projecting movement beyond the footlights and revealed a voice that is smooth, lush and velvety” (Times Colonist). Recent and upcoming projects include Mahler’s Symphony No. 2 for Italy’s Orchestra Sinfonica Nazionale/RAI, Fiordiligi in Cosi fan tutte for Vancouver Opera and a New Year’s Eve Gala for the Guelph Symphony.

Recent engagements include Violetta in La traviata for Pacific Opera Victoria, the title role in The Merry Widow for Vancouver Opera and Toronto Operetta Theatre, and Donna Anna in Don Giovanni in both Ravenna and Novara under the auspices of the Spoleto Festival. As well, she has appeared as Eleonora in Donizetti’s L’Assedio di Calais with Odyssey Opera in Boston, as Musetta in La bohème with l’Opéra de Montréal, as Susanna in Le nozze di Figaro for the Spoleto Festival under James Conlon and Maria in West Side Story for Vancouver Opera.

Further credits include Micaëla in La tragédie de Carmen with the Bay Chamber Concert Series in Maine as well as her Italian debut in Le nozze di Figaro at the renowned Spoleto Festival dei Due Mondi as Mozart’s heroine Susanna, under the baton of James Conlon.

Ms. Cesaroni has been featured with the Royal Philharmonic, the Montreal Symphony, the Aldeburgh Festival, the Victoria Symphony, Opera di Ravenna, Teatro Coccia di Novara, Saskatoon Opera, and VOICEBOX: Opera in Concert, where she created the role of Isis in the world premiere of Isis and Osiris by Togni/Singer.

Hailed by the Globe and Mail’s Robert Harris for her “beautiful, powerful voice [ably] capturing a large emotional range with great success”, her roles include Woglinde in Das Rheingold, Liù in Turandot, Pamina in Die Zauberflöte,  Gilda in Rigoletto, Juliette in Roméo et Juliette, Norina in Don Pasquale, Anne Trulove in The Rake’s Progress, Cleopatra in Giulio Cesare and Yum-Yum in The Mikado. As a concert artist, she has been heard in Carmina Burana, and Messiah as well as in recital with Rachel Andrist and Allyson McHardy in their programme celebrating 19th Century bel canto stars, You’re Welcome, Rossini.

Born in Toronto and holding a Master’s Degree in Opera from the University of Toronto, she is an Alumna of the Steans Institute at the Ravinia Festival, the Britten-Pears Festival and Young Artists programme.