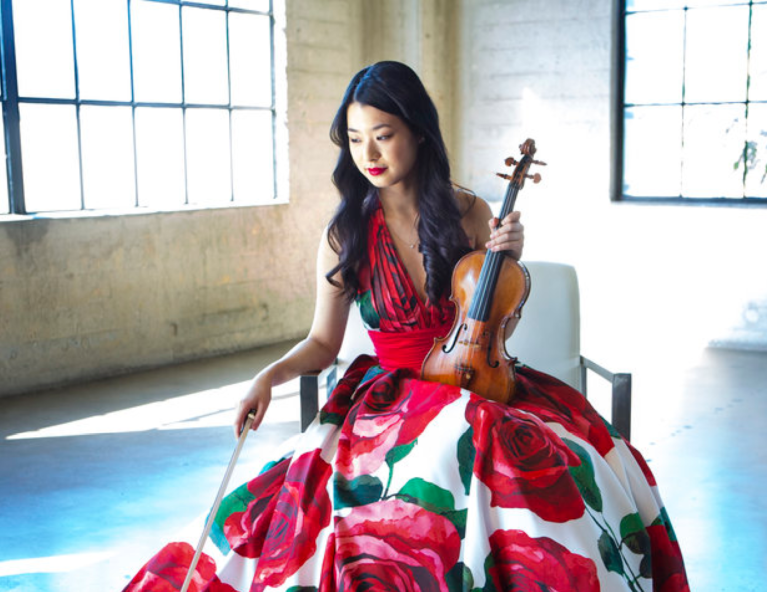 Twenty-one year old Canadian violinist, Lucy Wang, is equally at home on stage as a chamber musician, soloist, and orchestral musician. She has performed in North America, Europe, and Asia on some of the most renowned international stages, including Carnegie Hall, Walt Disney Concert Hall, and Wigmore Hall.

A native of Vancouver, British Columbia, she has been featured as a soloist with the Vancouver Symphony Orchestra and has performed in CBC Radio’s Young Artist Series as well as the NW Focus Live on King FM in Seattle. Ms. Wang has collaborated in past performances with artists including Peter Lloyd, Avan Yu, and former Los Angeles Philharmonic principal oboist Ariana Ghez, and has also performed in the masterclasses of artists including Martin Chalifour, James Ehnes, Karen Gomyo, Alex Kerr, and Ida Kavafian.

Ms. Wang has been a top prizewinner in numerous solo competitions, including the 2018 Canada Council for the Arts Musical Instrument Bank Competition, the inaugural Isabel Overton Bader Canadian Violin Competition, the Canadian Music Competition, and in Edmonton’s Shean Competition, where she also received the Paul J. Bourret Award. She also captured the prize for best performance of a Canadian work at the OSM Manulife Competition in 2013. As one of the winners of the Seattle Young Artists’ Competition in the same year, she performed with the Philharmonia Northwest under the baton of Eric Garcia, former assistant conductor of the Seattle Symphony.

Featured on CBC Radio’s List of “30 Hottest Musicians Under 30” in 2014, Ms. Wang has been invited in past years as a fellowship student to the Aspen Music Festival, Music Academy of the West, the Kneisel Hall Chamber Music Festival, and the New York String Orchestra Seminar, under the leadership of Jamie Laredo. As an orchestral musician, she has played under the batons of esteemed conductors including Stéphane Denève, Christoph von Dohnányi, Sir Neville Marriner, Ludovic Morlot, Esa-Pekka Salonen, and Michael Tilson Thomas.

Ms. Wang plays on a 1715 Dominicus Montagnana violin on generous loan from the Canada Council for the Arts Musical Insturment Bank. She is currently a Master of Music degree candidate at the Colburn Conservatory, where she studies with Martin Beaver. Her past teachers include Gerald Stanick and Carla Birston.