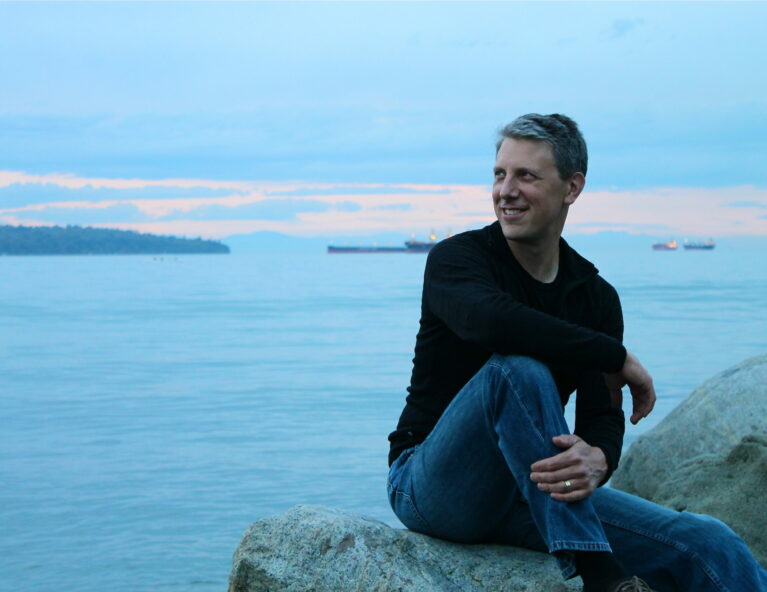 Marcus Goddard is an award-winning composer and internationally respected trumpet player whose music has touched the hearts of audiences around the world. His catalog of over fifty works includes ten pieces for large orchestra, many frequently performed chamber works, and a large body of innovative work for solo instruments and electronics. Goddard is the Composer in Association and Associate Principal Trumpet with the Grammy and Juno Award-winning Vancouver Symphony Orchestra in British Columbia, Canada.

Described by New York Times critic Anthony Tommasini as “atmospheric” and by the CBC’s Bill Richardson as possessing a “shimmering, translucent, winning eloquence”, Goddard’s work is routinely praised by musicians, audiences, composers, and critics alike. Goddard’s unique ability to connect across these lines has led to frequent performances of his works. His quartet Allaqi, which was commissioned for the St. Lawrence String Quartet by Chamber Music Kelowna and CBC Radio, was recorded by the St Lawrence Quartet received the 2011 Western Canadian Music Award for Best Composition. Allaqi has been performed nearly one hundred times by quartets across North and South America, including performances at Carnegie Hall, the New World Center, and the Banff International String Quartet Competition. The work has been a staple of the Astera String Quartet’s repertoire in its recent first place performances at the M-Prize, Fischoff, and Saint Paul String Quartet Competitions. The Archytas Quartet recently recorded an album dedicated to Goddard’s chamber music for strings featuring Allaqi; Wind, Sand and Stars; and his newest string quartet, Three Wings.

I Send Only Angels was commissioned by Maestro Bramwell Tovey and the Vancouver Symphony Orchestra and has received over thirty performances to date, including one led by Maestro Tovey with l’Orchestre Symphonique de Montréal as well as multiple performances during a national tour by the National Youth Orchestra of Canada. The Vancouver Symphony Orchestra recently commissioned a Violin Concerto, written for and premiered by Rachel Barton Pine, and a new orchestral work titled Spooky Action at a Distance. Upcoming commissions include a trumpet concerto, cello concerto, and sonata for trumpet and piano. Goddard has enjoyed frequent creative partnerships with performers, dancers, and visual artists, including a recent collaboration with First Nations artist Mike Dangeli and Vancouver’s Standing Wave Ensemble on a work titled Raven Tales. Standing Wave’s recording of the work was nominated for a 2017 Western Canadian Music Award.

As an enthusiastic educator, Goddard has been inspiring and instructing students of all ages for over twenty years in composition and trumpet performance. He has taught at the master’s level at the University of British Columbia and has taught undergraduate performance majors as an Associate Instructor at Indiana University. Goddard has been on the faculty of the National Youth Orchestra of Canada and the Vancouver Symphony Orchestra Institute at Whistler, B.C. As a long-time Guest Artist at the PRISMA Festival in Powell River B.C., Goddard has taught and mentored many students in orchestral performance and audition training. Many of Goddard’s students have gone on to win professional positions in orchestras and educational institutions in North America and Europe.

Inspiring young people’s creativity has been an ongoing mission for Goddard. In 1999 Goddard created a composition program for students at the Quiring Chamber Music Camp in Vancouver, B.C. Since then, he has nurtured the interest and curiosity of over four hundred composition students between the ages of five and twenty in this program. Goddard regularly shares his enthusiasm for the trumpet and composing as a clinician with festivals, secondary schools and Universities across North America. In partnership with the Trio Accord ensemble, he has been a featured speaker on collaborative creativity for MBA students at the University of British Columbia’s Sauder School of Business.

Goddard has been the recipient of fellowships from the Spoleto Festival and the National Orchestral Institute. While completing a Master’s degree at Indiana University he was awarded the coveted Performer’s Diploma and performed Edward Gregson’s Trumpet Concerto as the winner of the Concerto Competition. Goddard graduated magna cum laude with a bachelor of music degree from the University of Michigan. His major trumpet teachers include John Rommel, Charles Daval, Armando Ghitalla, Chris Gekker, Louis Ranger, and Jeff Stempien. He has attended seminars with John Corigliano, William Bolcom, Philip Glass, and Krzysztof Penderecki and his major composition teachers include David Dzubay, Marta Ptaszynska, Steve Rouse, and Claude Baker.

In his free time, Goddard explores the Pacific Coast Mountains with his family and friends by foot on skis and mountain bikes. Goddard was born in Burlington, Vermont and holds both Canadian and U.S. citizenship.