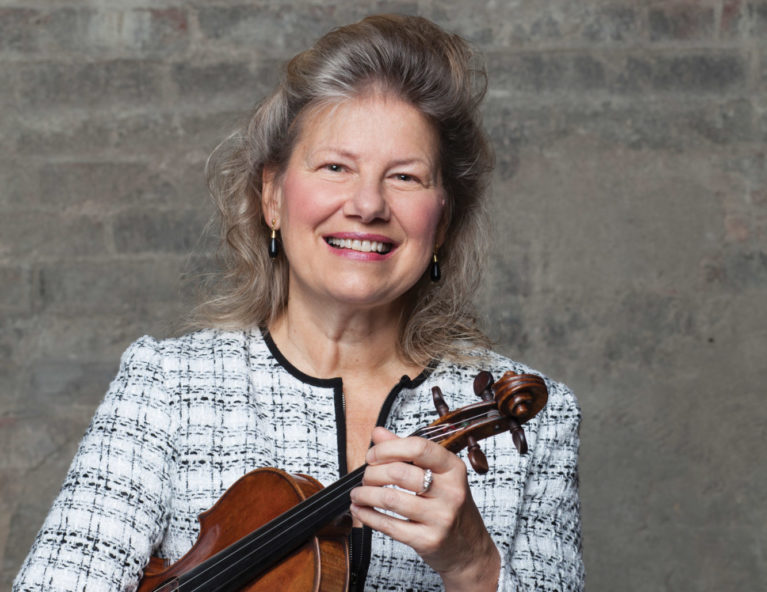 Mary Sokol Brown is active as both a performer and teacher, she holds a prominent position in the first violins of the Vancouver Symphony Orchestra and has been featured as a soloist with the orchestra several times.

As a chamber musician, she performs extensively with many of Vancouver's well-known ensembles including the Vetta Recital Series, Music in the Morning and the Turning Point Ensemble.

A musical high point for Mary has been her involvement as a founding member of Trio Accord. This dynamic string trio has served both as performers and clinicians throughout BC, and has been featured numerous times on CBC radio.

As part of her commitment to the communities' musical life, Mary has played a leading role in the development of chamber music seminars which are held in some of BC's most beautiful settings. Traveling extensively to work with young musicians, adult amateurs and community-based ensembles, Mary appears regularly at the Naramata and Gabriola String Ensemble retreats and has an association with Kelowna's Festival of the Arts. She has also conducted many orchestral and chamber workshops with the Terrace Symphony.

During the summer months, Mary performs and teaches at music festivals. These have included Festival Vancouver, Courtenay International Youth Festival, West Coast Amateur Music Society, Bellingham International Festival, Marrowstone Music Festival, and the Midsummer Music Retreat. Typically, at these festivals and as part of her teaching, Mary performs in faculty concerts for the education of the attendees and the entertainment of the general public.

It is through these initiatives that Mary continues to realize her musical ambitions, and share with her audiences her passionate commitment to the violin.