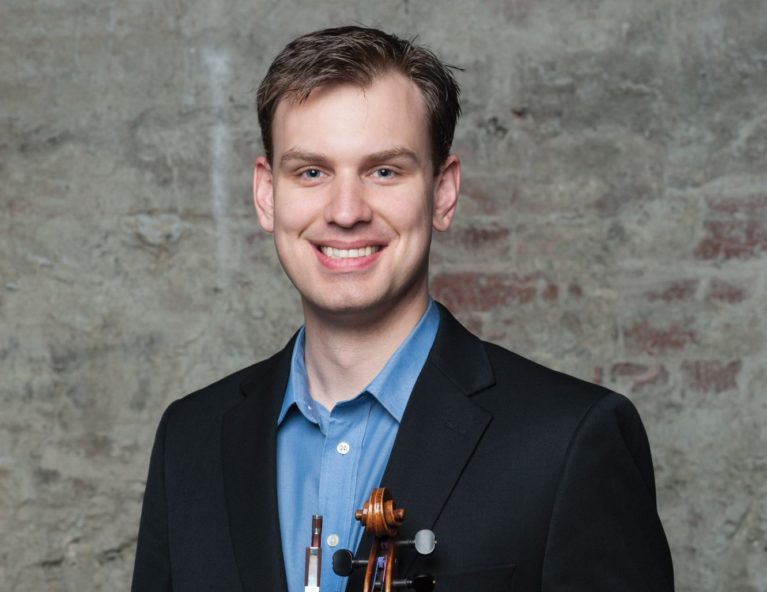 Originally from Chilliwack, B.C.,  Matthew Davies has been described as a "thoughtful, deeply honest, and communicative musician", with a "unique intensity" in performance. He has studied and performed across North America as a soloist, chamber and orchestral musician.

He got his Masters at the New England Conservatory of Music in Boston, studying primarily with Kim Kashkashian, as well as Roger Tapping, Martha Katz,  and Laurence Lesser. There, his string quartet 'Tetrachord' was the NEC Honors Quartet for the school year of 2008-09, and he regularly led the viola sections of the NEC Philharmonic and the Boston Philharmonic Orchestra. He  also performed and toured as a guest crier with chamber orchestra 'A Far Cry', and brought classical music to schools throughout the Boston area with Courtney Lewis'  Discovery Ensemble.

Mr. Davies then continued his graduate studies in Boca Raton at Lynn University, where he was the Principal of the Lynn Philharmonic and studied with Ralph Fielding, David Cole, Carole Cole, and John Manassi.

Mr. Davies is extremely excited and honored to be returning to Canada and British Columbia to start with the Vancouver Symphony Orchestra for their 2012-2013 season.