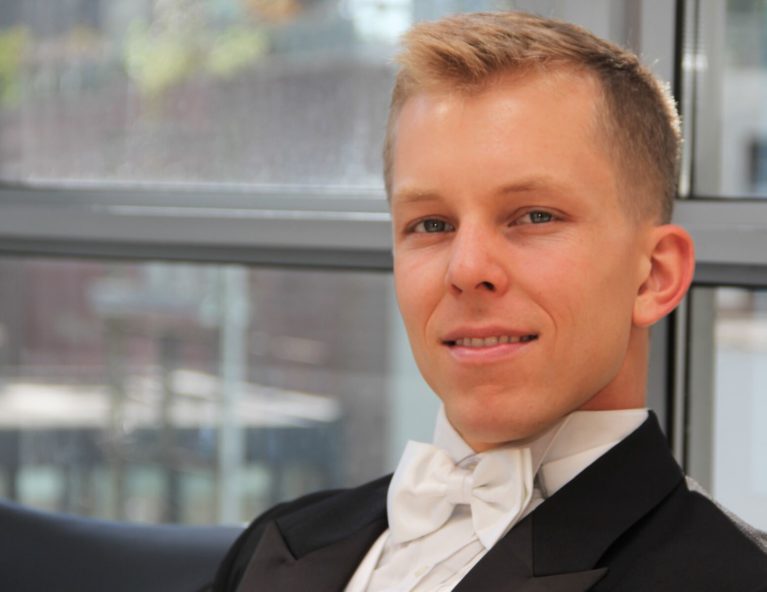 Michael Jarrett is a percussionist with the Vancouver Symphony Orchestra. Growing up in Atlanta, Michael began learning percussion at age 12.

As a high school student, Michael was a member of the Atlanta Youth Symphony Orchestra. Michael then went on to study percussion and timpani with members of the Cleveland Orchestra while attaining his bachelor’s degree from the Cleveland Institute of Music.

Michael furthered his education at the Manhattan School of Music, where he received his master’s degree in orchestral performance studying under Chris Lamb, Duncan Patton, and She-e Wu. Upon graduating, Michael was selected as a member of the New World Symphony for the 2016/2017 season. It was during Michael’s first year playing with the New World Symphony that he was offered the job with the Vancouver Symphony.

While maintaining an active performance schedule with the VSO and various ensembles in Vancouver, Michael has also made guest appearances with the Cleveland Orchestra, New York Philharmonic, Los Angeles Philharmonic, National Symphony Orchestra, National Arts Centre Orchestra, and the Toronto Symphony percussion sections. He has been selected to perform at various music festivals such as the Tanglewood Music Center, National Repertory Orchestra, and Music Academy of the West. Michael is also a two time winner of the Atlanta Symphony Modern Snare Drum Competition.

As an educator, Michael works with students of all ages at the VSO School of Music, and is also a faculty member for the Vancouver Symphony Orchestral Institute.