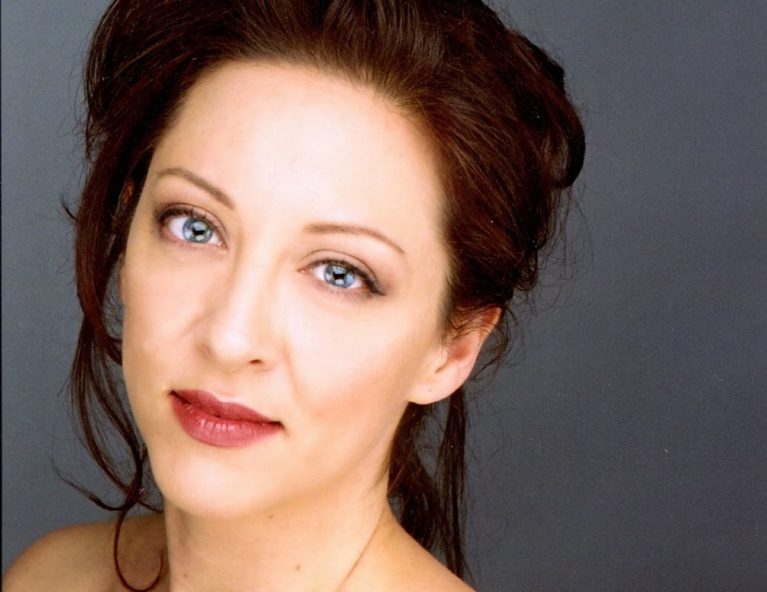 Soprano Nathalie Paulin has established herself in the United States, Canada, Europe and the Far East as an interpretive artist of the very first rank. Winner of a Dora Mavor Moore Award for Outstanding Opera Performance, she has collaborated with internationally renowned conductors including Harry Christophers, Jane Glover, Michael Christie, Robert Spano, Kent Nagano, Yannick Nézet-Séguin, Antony Walker, Bernard Labadie, Sir Roger Norrington, Andrew Parrott, David Agler, Jacques Lacombe, Graeme Jenkins, and Andrew Litton on both the concert platform and in opera. As well, critics have been lavish in their praise. Reviewing from Chicago, John van Rhein noted that “Paulin in particular is a real find; her rich, agile voice possesses great depth and allure, her manner radiates sensuous charm.” Ms. Paulin debuted for L’Opéra de Montréal as Mélisande in Pélléas et Mélisande and for Chicago Opera Theater as Galatea in Acis and Galatea. She was re-engaged by Chicago Opera Theater for the title role in Semele and for Mary in La Resurrezione, both by Handel. She has also been heard as Susanna in Le nozze di Figaro for Cincinnati Opera and the Dallas Opera featured her in Carmen and Cunning Little Vixen.

The New Brunswick native’s upcoming season includes Messiah for the Vancouver Chamber Choir, Dear Life for the National Arts Centre Orchestra including a European Tour, Vivier’s Lonely Child for the Vancouver Symphony, Handel for Toronto’s Pax Christie Chorale and she will curate a programme for Montréal’s Arion at Bourgie Hall. Recent engagements have included Blow’s Venus and Adonis for Clavecin en Concert, Lonely Child for Symphony Nova Scotia, Goercki’s Symphony No. 3 for the Winnipeg Symphony and Cherubini’s Stabat Mater for Ottawa’s Thirteen Strings. Of special interest were performances of scenes from late 18th Century French operas by Sacchini, Cherubini and Martini conducted by Ryan Brown for Opera Lafayette in D.C. and New York. Other credits in the USA and Canada include Messiah for Portland Baroque, the Naples Philharmonic, the New Jersey Symphony and Orchestre symhonique de Trois-Rivières, Fauré’s Requiem for the Vancouver Symphony, Carmina Burana for Festival de Lanaudière, Mahler’s Symphony No. 2 for the Kingston and Ottawa symphonies, Bach Cantatas for Stratford Summer Music, the title role in Theodora for Vancouver Early Music, the Countess in Le nozze de Figaro for Opera Lyra Ottawa and Beethoven’s Mass In C with Tafelmusik.

Throughout her career, Ms. Paulin has been highly regarded for the breadth of her musical curiosity and she has been engaged for works ranging from Jacques Hetu’s Les Clartés de la nuit with the National Arts Centre Orchestra and Handel’s Orlando with Washington Concert Opera to Micaela in Carmen with Opera Tampa to Beethoven’s Symphony No. 9 for the Seattle Symphony. She has been featured by Bard Summerscape in New York, the Handel and Hayden Society, Cincinnati Opera, Atlanta Symphony, Boston Baroque, Music of the Baroque, Brooklyn Philharmonic, Arizona Opera, Phoenix Symphony, Rotterdam Philharmonic, Mercury Baroque and the Colorado Symphony, as well as all the major orchestras and opera companies of Canada. On the festival circuit, she has been heard with the Wexford Festival in Ireland, the Fredericton Chamber Music Festival, the Elora Festival, Ottawa Chamber Music Festival, and the Scotia Festival in Halifax.

Frequently heard on both the French and English CBC networks, she is a past winner of the Montréal Symphony Competition and holds a Master’s Degree from the Université de Montréal. She won the Dvorak prize and has also received awards and prizes from the George London Foundation in New York, the Young Mozart Singers’ Competition in Toronto and the Canadian Music Competition. Ms. Paulin is currently a member of the Vocal Department at the Faculty of Music, University of Toronto.