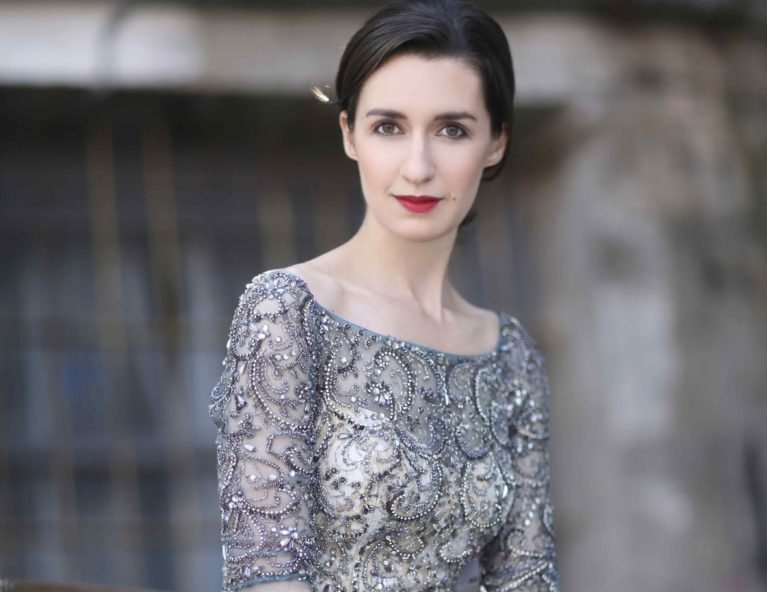 Olesia Shewchuk is a multi-disciplinary Ukrainian Canadian artist - actor, singer, filmmaker, writer, dancer and composer. She grew up immersed in the Ukrainian community of Winnipeg where she began singing and playing guitar in a Ukrainian folk duet ensemble with her sister Andriana, at the age of seven. They went on to perform at over 100 banquets and festivals from New York to Toronto to Chicago to Ukraine, had numerous TV and radio appearances and released a recording of Ukrainian folk songs, “Spring Nights”, which was distributed across North America by Yevshan.

In Winnipeg, Olesia also danced with the Rusalka Ukrainian Dance Ensemble (which included performing on a stage in the streets of Kyiv during Independence Day), taught and choreographed at the Ukrainian National Federation School of Dance, attended Ukrainian school, led camps and bonfire sing-a-longs with her guitar as a Plast Ukrainian Youth Scouts counsellor, and sang as a member and soloist with the St. Vladimir & Olga Choir.

Now based in Vancouver, Olesia has sung as a soloist with the New Westminster Symphony Orchestra, the Vivaldi Chamber Choir & Orchestra, and the Vancouver Folk Orchestra. With her creative collaborator, Carlos Vela-Martinez, she created and sang the live concert of beloved opera and musical duets, “Roses and Daggers”.

On stage, she has performed in 23 musical and theatre productions including the title role in the operetta “The Merry Widow” (North Shore Light Opera), Lalume in “Kismet” and Fraulein Kost in “Cabaret” (Royal City Musical Theatre), Guinevere in the musical “Camelot” (Deep Cove Theatre), and Desdemona in “Goodnight Desdemona, Good Morning Juliet” (United Players). As an actor on TV, Olesia has been in recent roles on Netflix, NBC ,Fox, TLC, ABC, Bravo, Freeform, CW and Global, including playing a Ukrainian office worker on the TV Show “Siren”.

Olesia is also a filmmaker and seeks to tell relevant touching narrative stories. In addition to directing over 25 short films and winning awards for her films in film festivals around the world, Olesia has also acted in several short and feature films, including the short opera film “The Perfect Spot” which she edited, composed, and co-wrote and co-produced with Vibrant House Productions. “The Perfect Spot” won the Lucky Penny 48hr Opera Film Competition in 2021 and is currently being submitted to festivals. She has also been writing and composing a full length science musical through the “Writing in the Wings” Program with the ArtsClub Theatre Company.

Olesia has family in Ukraine, and it means a lot to her to be able to share the voice of the Ukrainian language, music, and culture during these challenging times. Слава Україні!