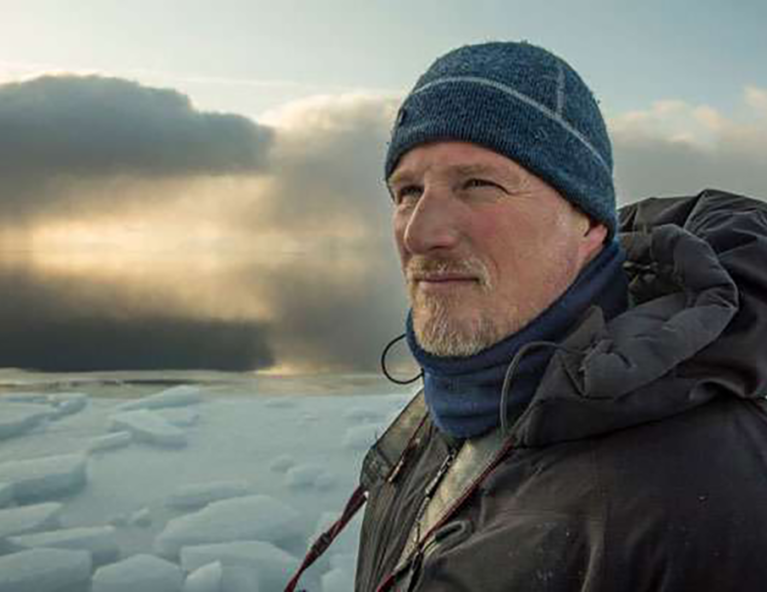 Paul Nicklen is a Canadian photographer, filmmaker, and marine biologist who has documented the beauty and the plight of our planet for over twenty years. As an assignment photographer for National Geographic magazine and Sony Artisan of Imagery, Nicklen captures the imagination of a global audience.

Nicklen is uniquely qualified to create his brand of documentary photography which informs and creates an emotional connection with wild subjects in extreme conditions. His work delivers audiences to an underwater realm witnessed by few. Nicklen’s sensitive and evocative imagery has garnered over 30 of the highest awards given to any photographer in his field, including the BBC Wildlife Photographer of the Year and the prestigious World Press Photo for Photojournalism.

He is equally recognized by the conservation community for his outspoken work, and has been awarded the Natural Resources Defense Council BioGems Visionary Award. Most recently, Nicklen was bestowed an honorary PhD at the University of Victoria, for the impact his photography has had on climate change.

In addition to being one of the world’s most acclaimed nature photographers, Nicklen is a sought-after speaker, author, and National Geographic Fellow, who has shared stories from his adventures in several TED Talks. In the past two decades, Paul has collaborated with scientists, filmmakers, conservationists and explorers to create awareness and inspire action for global issues like climate change.

As a co-founder of the non-profit, SeaLegacy, Paul Nicklen is opening a fresh, progressive chapter in the story of ocean conservation. Through visual storytelling, Sea Legacy inspires millions of people to stand up and have a voice for the pristine places threatened by climate change.

Paul Nicklen lives a life of art, purpose and adventure, combining a career as an assignment photographer for National Geographic Magazine and founder of his own conservation society, SeaLegacy. In addition to being one of the world’s most acclaimed nature photographers, Paul is an acclaimed polar specialist, speaker, author, conservationist, National Geographic Fellow, and a regular contributor to National Geographic Magazine with 20 completed stories to date. He has garnered more than 30 of the highest awards given to any photographer in his field, including the BBC Wildlife Photographer of the year and the prestigious World Press Photo for photojournalism. Paul has written several books including Seasons of the Arctic, Bear, Spirit of the Wild, Polar Obsession and his newest monograph, Born to Ice.