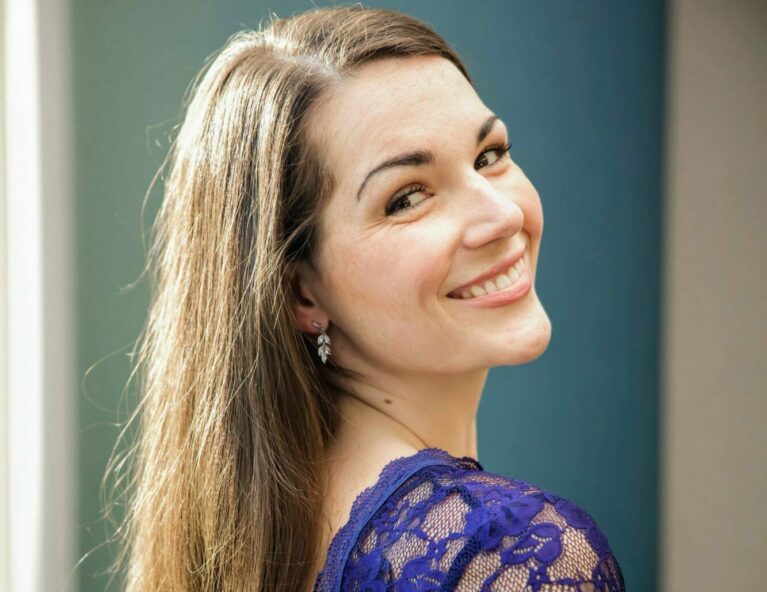 Rachel Buttress (she/her) is a soprano from Vancouver BC. She proudly makes her living as a performer, as a music educator at the Vancouver Symphony Orchestra School of Music (VSOSoM), and as assistant conductor of the Vancouver Bach Children’s Choirs alongside Marisa Gaetanne.

Rachel was an inaugural student of the VSOSoM’s Performance Preparatory Programme, studying with Diane King. She holds a Masters of Music in Opera Performance from the University of British Columbia under tutelage of Nancy Hermiston and Marisa Gaetanne. Rachel has a Bachelors of Music from Mount Allison University, as well as a Diploma of Music and Conducting Certificate, both from Capilano University.

Rachel is an accomplished performer in concert, recital, and on the opera stage. She has performed as soloist for many large works, including Orff’s Carmina Burana, Bach’s Christmas Oratorio, Mozart’s Mass in C Minor, and Handel’s Messiah. Performances with UBC Opera include The Brothel Keeper in Shadow Catch, Gianetta in The Gondoliers, and Mary Crawford in Mansfield Park. Rachel is thrilled to share the stage again with the Vancouver Symphony Orchestra.