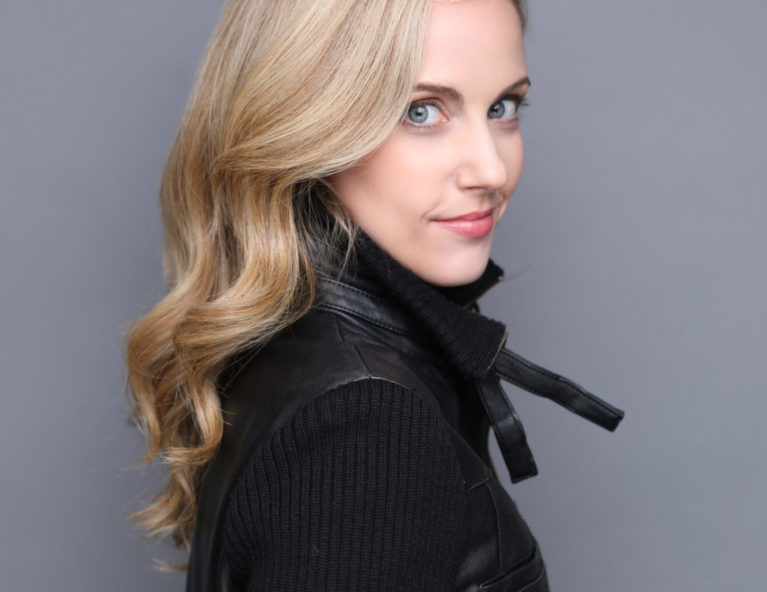 Known for her “fresh and clear” sound and her versatile performances of complex characters, Raquel Suarez Groen is a force to be reckoned with on both Opera and theatre stages. Ms. Suarez Groen made her Broadway début in the iconic role of Carlotta Giudicelli in The Phantom of the Opera which she has since performed over 1000 performances in her 5 years with the company. Suarez Groen has been busy on camera this past few seasons as well, with several print campaigns running including Injectafer and SculpSure.  She also appeared as a soloist for NY Couture Fashion Week.

Of her performance as Roxanne in ¡Figaro! (90210), performed Off Broadway at The Duke, critics hailed every aspect of her performance, noting both the hilarity in her “hyper-screwball comedy performance” while also lauding her portrayal of “the suffering Roxanne Conti (affectingly sung by the soprano Raquel Suarez Groen).” The Huffington Post summed up this tour-de-force performance with their review: “Suarez Groen is poignant and witty.”

Highlights Ms. Suarez Groen’s operatic engagements include her début with Opera Carolina as Marzelline in Beethoven’s Fidelio, Frasquita in Carmen with Opera San Antonio and Venture Opera, Susanna in Le nozze di Figaro with Opera on the James, Lauretta in Gianni Schicchi with DiCapo Opera, Gianetta in L’elisir d’amore with Opera in Williamsburg, the title role in Cendrillon with New York Lyric Opera and Kate Pinkerton in Madama Butterfly at Opera Lyra Ottawa. Additional roles include Adele in Die Fledermaus, Musetta in La bohème, Ilia in Idomeneo with the Martina Arroyo Foundation’s Prelude to Performance festival and Laurie Moss in The Tender Land at Opera NUOVA. As an alumna of the Tyler Young Artist program at Opera on the James, she was featured as Suor Genovieffa in Puccini’s Suor Angelica and in their production of Gianni Schicchi. Earlier in her career, she was a member of the Resident Artist Program at Syracuse Opera, where she performed the role of Marie in La fille du régiment, Cleopatra in Giulio Cesare in Egitto, and the title role in Susannah.

Ms. Suarez Groen has received critical acclaim for her international appearances on concert stages throughout North America, Europe, and the Middle East. Recently, Ms. Suarez Groen returned to China with the iSing! International Festival, where she made her début with the Shanghai Symphony Orchestra to perform in the MISA Festival (Music in Summer Air) conducted by world-renowned conductor, Maestro Yu Long. Additional highlights of these performances include: Soprano Soloist in Händel’s

Messiah in Calgary, Canada; International Vocal Arts Institute gala at Israeli Opera in Tel Aviv; a gala concert broadcast on CCTV and Hunan TV in China; Soloist in the iSing Festival concert series at the Great Hall of the People in Beijing; featured soloist for the American Italian Cultural Roundtable at Steinway Hall in New York City; Mostly Mozart at the Tel Aviv Museum of Art; Gala concerts for Opera on the James in Lynchburg Virginia; Gala concerts for Syracuse Opera in Syracuse, New York; sang for Opera Carolina’s Art, Poetry and Music Gala, and performed as a featured soloist with the New Triad Project in New York City.

Ms. Suarez Groen holds a Master of Music degree and Certificate of Professional Studies in Opera Performance from the Manhattan School of Music. Additionally, she earned high honors in various vocal competitions including the Louise Peckham Todaro Award in the Florida Grand Opera/Young Patronesses of the Opera Competition 2015, and a grant from the prestigious Giulio Gari International Vocal Competition 2015. Ms. Suarez Groen was also a recent Finalist in the New York Lyric Opera Competition at Carnegie Hall 2015 and is a Full-Scholarship recipient of the International Vocal Arts Festival (IVAI) and the iSing! International Young Artist Festival 2014 & 2015. Raquel started Empower Voices Now, a program offering masterclasses, coachings, and lectures from the best of Broadway and the opera world’s professionals: http://www.empowervoicesnow.com/