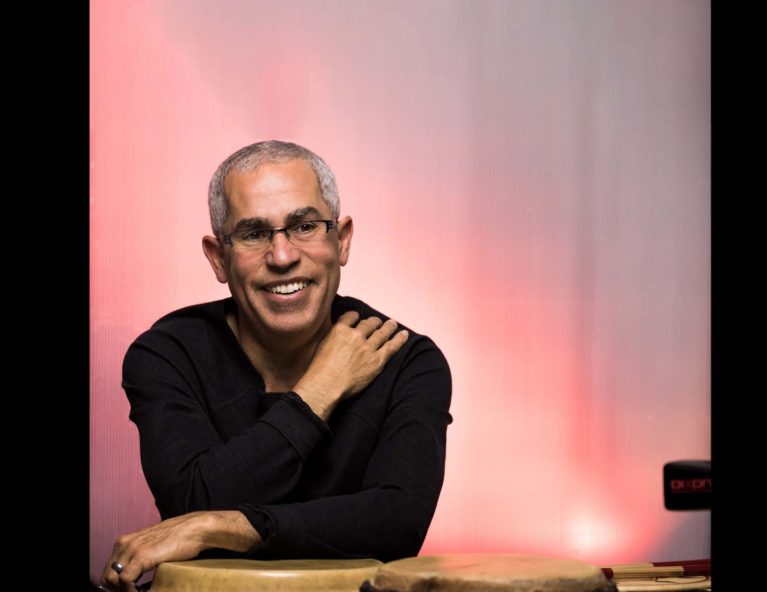 Sal Ferreras has enjoyed a varied and diverse career as a performing artist and producer, educator, and artistic administrator. His music, dance, and theatre performances and collaborations in classical music, world music, jazz, new music, indigenous music, improvisation, folk, and children’s music have taken him around the world. He was principal percussionist of the CBC Vancouver Orchestra under maestro Mario Bernardi and has toured and recorded as a member of the Vancouver Symphony Orchestra, the Victoria Symphony Orchestra, Viveza and the World Drums percussion orchestra. During the 2010 Vancouver Olympic and Paralympic Games he was the artistic director of the highly successful Four Host First Nations Aboriginal Pavilion.

Sal was inducted into the BC Entertainment Hall of Fame in 2002 and awarded the City of Vancouver’s Mayor’s Award for Music in 2010. He has performed on Juno and Grammy-winning recordings with diverse artists, including k.d. lang, Chicago, Robbie Robertson, Raffi, Colin James, Hedley and Viveza in addition to the CBC Radio Orchestra, and the luminary musicians who share tonight’s stage.

Tom Keenlyside’s musical career has spanned five decades, featuring performances and recordings as a flautist and saxophonist throughout North America and Europe. Tom has performed with many of the biggest names in the music business: Diana Krall, Harry Connick Jr., Natalie Cole, Dizzy Gillespie, Mel Tormé, Tom Jones and many others, and has been inducted into the B.C. Entertainment Hall of Fame.

Canadian bassist, composer and educator Jodi Proznick has received many awards including the Western Canadian Music Award for Jazz Artist of the Year (2019), National Jazz Award for Bassist (2008, 2009), Album (2008) and Acoustic Group (2008) of the Year, and Galaxie Rising Star of the Vancouver International Jazz Festival (2004).

In addition to leading her own group, Jodi has performed with many of Canada’s top jazz musicians and is regularly in demand to perform and record with visiting legendary jazz artists including such as Michael Bublé, David “Fathead” Newman, Bucky Pizzarelli, Ed Thigpen, George Coleman, Peter Bernstein, Seamus Blake, Sheila Jordan, Mark Murphy and Harold Mabern.

The Ottawa Citizen named her latest release Sun Songs (CellarLive label), one of the top 10 Canadian jazz recordings of 2017.

Described as one of Cuba's most highly regarded trumpet players of his generation, Miguelito Valdés has performed with many of Cuba's top performers, including the Cabaret Tropicana Orquesta, Pablo Milanés, Isaac Delgado, Mayito Rivera, Klimax, Chucho Valdés.

In 2000, he began playing with Omara Portuondo (Diva singer of Buena Vista Social Club) touring the world for six years. He has also played with important jazz musicians abroad, including Michael Brecker, Herbie Hancock, John Patitucci, Danilo Pérez, Wayne Shorter, and many others.

Israel (Toto) Berriel, is a traditional Afro-Cuban percussionist and singer from Matanzas, Cuba.

A naturally gifted vocalist and superb percussionist, Toto is deeply rooted in AfroCuban traditions but extends his traditional musical boundaries to include Cuban popular music, American jazz, soul, and funk.

Vancouver-based Toto performs regularly with the groups Tanga, Candela, and Kokoma, as well as being involved in world-music collaborations of all manner of musical styles ranging from Bhangra to tap.

Based in Vancouver, BC, Miles Black is a highly respected musician bringing an enormous wealth of musical experience and expertise to most every facet of the music industry. Known as one of Canada's most accomplished jazz pianists, Miles is also highly acclaimed arranger, producer, composer, and musical theatre director.