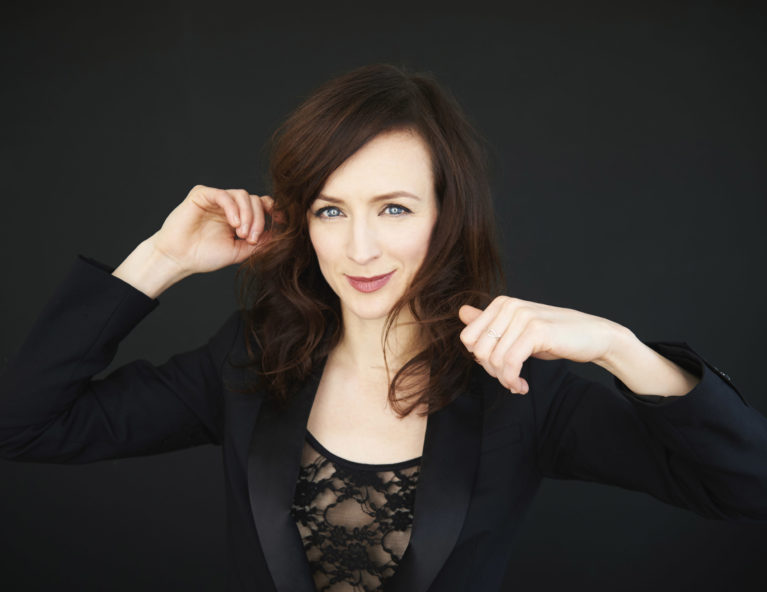 Signed to Atlantic/Warner Records at the tender age of 19, three-time Juno nominee and modern-day Renaissance woman Sarah Slean has since released 11 albums in over 10 countries worldwide – but perhaps the most astonishing aspect of her artistry is its breadth. Over her 20-year career, Slean has published two volumes of poetry, starred in short films and a movie musical (spawning two Gemini Award nominations), penned two string quartets, held numerous exhibitions of her paintings, and shared the stage with 10 of the country’s professional orchestras.

Classically trained from the age of 5, she routinely collaborates with cutting-edge contemporary classical ensembles like The Art of Time, and has been invited to sing world premieres by Canada’s leading living composers. Citing such diverse influences as Leonard Bernstein, philosophy, Joni Mitchell, Buddhism and Bach, her music borrows aspects of cabaret, rock, pop, and orchestral: all knit together by the startling poetry of her lyrics, virtuosic piano-playing, and that voice, described by the CBC as “a 19th century Kate Bush”. In addition to headlining theatres across Canada, Sarah has also toured Europe, the US and Scandinavia and has opened internationally for such artists as Bryan Ferry, Rufus Wainwright, Alanis Morissette, Andrew Bird, Feist, Ron Sexsmith, Chris Isaak, and Buck 65.

Metaphysics, her first recording in 5 years, is described as a breathtaking amalgamation of Slean’s dramatic orchestral arranging and her signature take on songwriting.