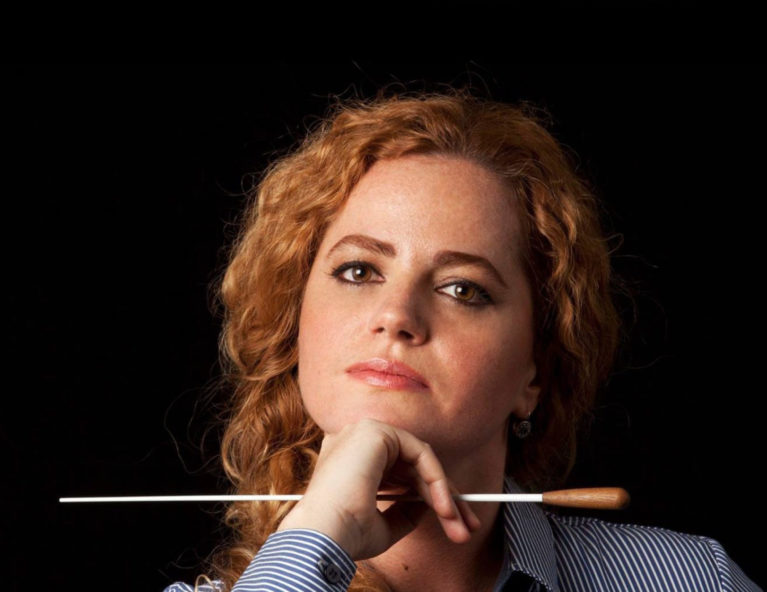 Italian born Speranza Scappucci, a graduate of the Julliard School and the Conservatorio di Musica Santa Cecilia in Rome, is an internationally known conductor who works regularly at major opera houses including the houses in Vienna, Rome, Barcelona, Zürich, Los Angeles and New York. Since 2017 she holds the position of Musical Director at the Royal Opéra de Wallonie in Liège and is considered one of the most interesting conductors of her generation on the international scene.

This season, Speranza opened with Mozarts REQUIEM and EUGEN ONEGIN the 21/22 season at Royal Opéra de Wallonie in Liège. In January 2022 she will be the first Italian woman to conduct the premiere of I CAPULETI E I MONTECCHI at La Scala Milano. Furthermore, she will conduct Le VILLI at Théâtre du Capitole in Toulouse, L’ELISIR D’AMORE at Berlin State Opera, ATILLA at Royal Opera House Covent Garden London as well as SIMON BOCCANEGRA in Liège. Besides that, in symphonic concerts she will lead the Tonhalle Orchester Zürich, the Filarmonica della Scala and in Canada Vancouver Symphony Orchestra as well as Orchestre Métropolitain Montreal. Future projects will bring her to the Opera of Paris, the Metropolitan Opera New York and later on to Chicago, Lyon and Toulouse.

Recently, she conducted COSI FAN TUTTE at Théâtre du Capitole in Toulouse and returned with LA TRAVIATA to Liceu Barcelona. At New National Theatre in Toyko, she gave her house debut conducting LUCIA DI LAMMERMOOR. With the same opera, she returned to Opera Zürich and closed the last season with Verid’s REQUIEM at Arena di Verona.

In Italy, she conducted LA SONNAMBULA at Opera di Roma, LE NOZZE DI FIGARO in Turino and IL TURCO IN ITALIA at Rossini Opera Festival in Pesaro. With Donizetti’s MARIA STUARDA she debuted at Théatre des Champs Élysées in Paris and during the Hollywood Bowl season, she gave her debut with the Los Angeles Philharmonics. She conducted LA CENERENTOLA at Wahsington National Opera and LA BOHEME at Los Angeles Opera.

In November 2013, her first CD album was released on Warner Classics, Mozart arias with Latvian soprano Marina Rebeka and the Royal Liverpool Philharmonic Orchestra and 2016 the CD album of the Albanian tenor Saimir Pirgu for Opus Arte with the Orchestra del Maggio Musicale Fiorentino. Her latest recording with Hungarian bassist Ödön Rácz and the Franz Liszt Chamber Orchestra was released in 2019 on Deutsche Grammophon.