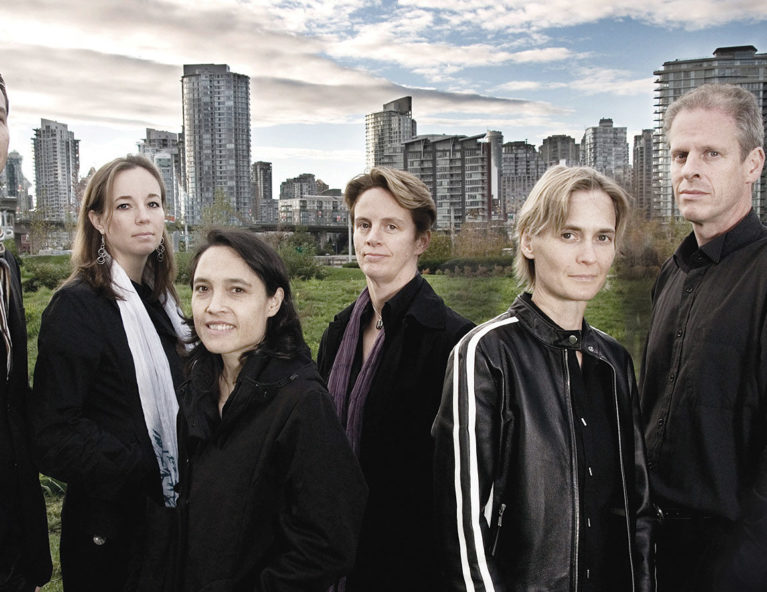 Vancouver’s cutting-edge chamber ensemble, Standing Wave is dedicated to commissioning and performing works by composers from Canada and abroad.

Made up of six of Vancouver’s most sought-after musical multi-taskers – Standing Wave ventures into a panoply of musical worlds with passion and assurance. From the intricate complexities of the music of Howard Bashaw and Chris Paul Harman, to the bold avant-garde jazz of Tony Wilson, and the anarchic electro-acoustic imaginings of Giorgio Magnanensi, the ensemble has commissioned and premiered over 80 works in its 26 year history.

Since its formation in 1991, the ensemble has presented an annual season of concerts in Vancouver and has toured across Canada.

Standing Wave has been recorded many times for CBC Radio programs including Two New Hours, and Westcoast Performance and The Signal and, since 2003, has been an active Ensemble in Residence at the UBC School of Music.