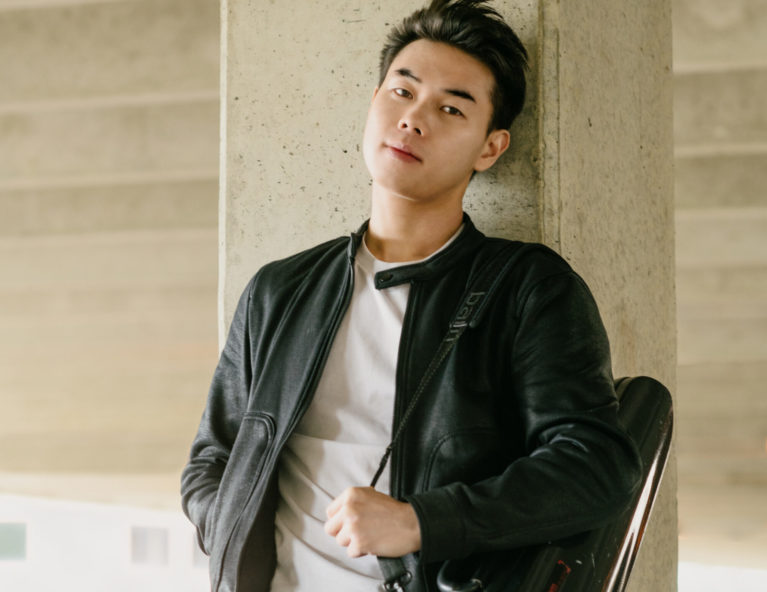 Powerful and finely nuanced interpretations, sumptuous sonorities, and a compelling stage presence are just a few of the hallmarks of internationally acclaimed violinist Timothy Chooi. A popular soloist and recitalist, he is sought after as much for his passionate performances as for his wide-ranging repertoire. Recent honors include Second Prize, Belgium’s world-renowned 2019 Queen Elisabeth Competition, First Prize, the 2018 Joseph Joachim International Violin Competition in Germany, and the First Prize, the 2018 Schadt Violin Competition in the USA, In 2018 Chooi also won the ‘Prix Yves Paternot’ of Switzerland's Verbier Festival, a prize which recognizes the most promising and accomplished musician of the annual Academy for young professional musicians, earning Chooi his future debut as a solo artist in the 2022 Verbier Festival.

Recent performances include engagement with The Belgian National Orchestra, Luxembourg Chamber Orchestra, and l'Orchestre Symphonique de Montréal; a live on-air recital on New York City’s WQXR classical radio station; and recital tours of Belgium and the United States. In addition to having already performed with every major orchestra in his home country of Canada, Timothy Chooi has also played with the Brussels Philharmonic under Stéphane Denève, with Santa Barbara Symphony, Orchestre Philharmonique de Liége, Auckland Philharmonia Orchestra, and the Malaysian Philharmonic Orchestra. He has also made an extensive recital tour with Jeunesses Musicales du Canada, appeared at the Ravinia Festival, and made his Carnegie Hall debut.

As a founding member of The VISION Collective, a three-year-old ensemble of musicians and composers that utilizes music to highlight refugee and immigrant voices and stories, raising awareness for the global refugee crisis, and brings together individuals from all walks of life together to create diverse and meaningful art, he is also a recipient of the 2020 Harold W. McGraw Family Foundation's The Robert Sherman Award for Music Education and Community Outreach.

Chooi studied at the Juilliard School under the tutelage of Catherine Cho. His mentors include Ida Kavafian, Pamela Frank, Pinchas Zukerman, and Patinka Kopec. He currently is enrolled in Juilliard’s prestigious Artist Diploma program studying with Catherine Cho and a Professional Studies candidate at the Kronberg Academy with Christian Tetzlaff and lives in Philadelphia, USA.

Timothy Chooi is a Professor of Violin at the University of Ottawa. He performs on the 1717 Windsor-Weinstein Stradivarius on a generous loan from the Canada Council for the Arts and is a recipient of the Nippon Music Foundation Rare Instrument Project from the Government of Japan.