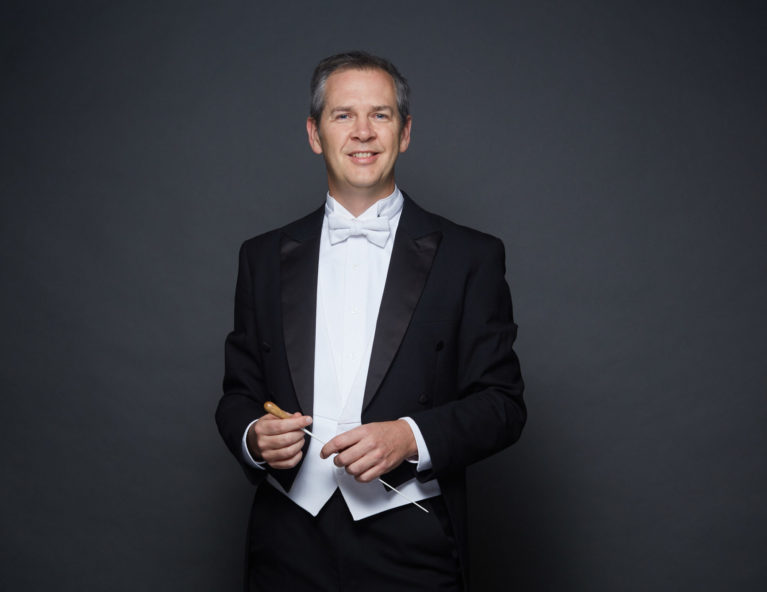 Vern Griffiths is a dynamic and versatile performer who joined the Vancouver Symphony as Principal Percussionist in 1997.   He has also played with Standing Wave, the Music On Main All-Star Band, Turning Point Ensemble, CBC Radio Orchestra, and can be heard on soundtracks for Disney, ABC, IMAX, NFB, EA Sports, and Dreamworks.  2019 saw him perform the world premiere of Perxploitation, a full-length percussion concerto written for him by Nicole Lizée.

He made his VSO conducting debut in 2013 in Stravinsky’s Histoire du Soldat, and has since conducted various pops, kids, and educational shows with the orchestra.  In October, Vern will also conduct the Edmonton Symphony in his new kids show, The Composer is Here.  He has a particular interest in working with living composers, and has conducted works by Jocelyn Morlock, Alfredo Santa Ana, Dorothy Chang, Nico Muhly, Rita Ueda, Andrea Tarrodi, Laura Pettigrew, and Marcus Goddard.  He is also a composer, and recently had two of his works recorded by the VSO.

Vern grew up in North Vancouver, learning how to play drums by analyzing and trying to copy the amazing drumming done by Stewart Copeland with The Police.  You could hear him more than a block away.