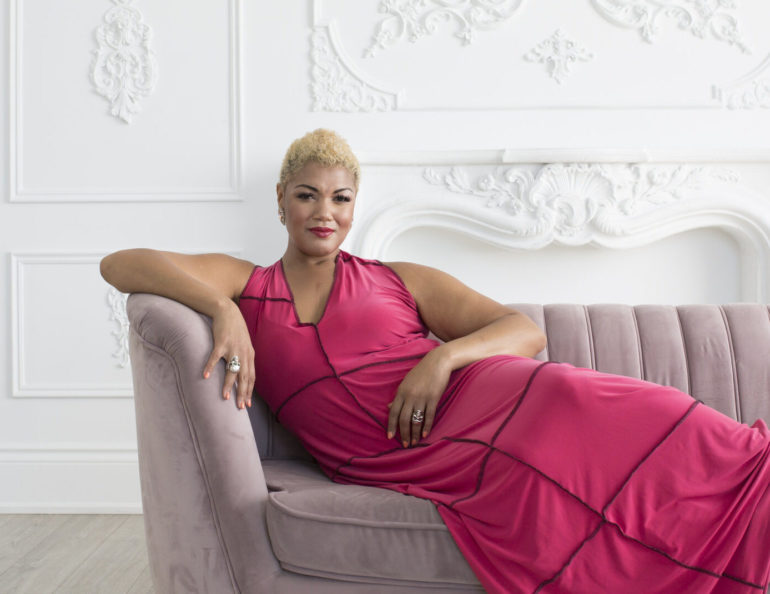 This concert is dedicated to Ronald Laird Cliff, CM, OBC, a gentleman who has dedicated 65 years of service to the Vancouver Symphony Orchestra and who is still going strong.  Ron’s leadership and philanthropy has helped guide and transform the VSO, and shape it into the success story it is today.

No. 1 in A Major- Allegro Moderato

The program begins with the Four Novelletten for strings and percussion by Samuel Coleridge-Taylor. He was born in Victorian England in 1875, the son of an English woman, Alice Martin, and Daniel Taylor, a doctor originally from Sierra Leone, who was studying medicine in the UK. Taylor’s African roots extended back to a group of freed slaves who remained loyal to the British crown throughout the American revolutionary war. After the United States gained its independence, many Krio speaking people were repatriated by British abolitionists to West Africa. As a black man, Dr. Taylor was frustrated by the racial prejudice he faced and chose to leave the UK. He returned to Africa and had no further contact with his English family.

Samuel’s mother chose to name her son after Samuel Taylor-Coleridge (born 100 years earlier), the British poet whose works she adored. Young Samuel was raised within his mother’s extended (and very musical) family, where his talents blossomed. Despite the family’s modest income, Samuel entered the Royal College of Music from the age of 13, and eventually studied composition with Charles Villiers Stanford. This was roughly the same time period that Dvořák headed up the National Conservatory of Music in America, (1892-1895), encouraging a “New World” in musical outlook.

Coleridge-Taylor took up positions in Croydon, his hometown, south of London, and began to make a name for himself as a violinist, professor, conductor, and composer. He became fascinated with Native American stories and themes, which gave rise to his popular musical trilogy: Hiawatha’s Wedding Feast, The Death of Minnehaha, and Hiawatha’s Departure. He also pursued his interest in musical forms being written and played by black musicians in America.

Samuel Coleridge-Taylor was just 25 when he attended the First Pan-African Conference in London at the turn of the century. He travelled to both Africa and America, and developed connections with leaders fighting for racial equality, including civil rights activist Booker T. Washington. He was also celebrated with the formation of the Coleridge-Taylor society, a group of musicians dedicated to performing and promoting his music in United States.

From 1903 until his death in 1912, Coleridge-Taylor was a professor of composition at the Trinity College of Music and Guildhall School of Music in London. He adjudicated many competitions throughout Britain, and was the conductor of the Handel Society, the Rochester Choral Society, and many provincial orchestras.

In 1912, Samuel Coleridge-Taylor died tragically young, at the age of 37, from pneumonia. Although his printed music was widely circulated and immensely popular, he saw little of the money that should rightly have come his way. His legacy continues to be explored and his importance appreciated as an artist who championed social awareness and the music of marginalized people. He has been viewed as a beacon of hope and an iconic figure of Black British history for his achievements and success in classical music.

While his choral trilogy The Song of Hiawatha brought him the widest fame, some of Coleridge-Taylor’s smaller scale works demonstrate the same skill and musical charm. The Four Novelletten for strings (further enhanced by colourful percussion effect) date from the early 1900s and provide a wonderful example of his melodic and harmonic invention within a dancing European framework.

Wo die schönen Trompeten blasen (Where the Beautiful Trumpets Blow)

Mahler found great inspiration in a collection of traditional verse titled Des Knaben Wunderhorn. The folksy, poetic volume was assembled and published in 1805 by Achim von Arnim and Clements Brentano. These “Old German Songs” were designed to provide a window on the lives, loves, lessons and losses of everyday people. The poet Goethe suggested “…this volume should lie on the pianos of music lovers and composers, where justice might be done these poems by joining them to their familiar, traditional tunes or…God willing, by finding in them the inspiration for significant new melodies.” That is precisely what Mahler did. Over half of his forty-odd songs were based on Wunderhorn texts. Some were set for piano and voice, others incorporated into his symphonies. A clutch of fourteen were composed for voice and orchestra using the title Des Knaben Wunderhorn in an unordered collection.

The present score, with reduced orchestral forces, has been fashioned by Klaus Simon. In reviewing a recent performance (with Otto Tausk and mezzo soprano Christianne Stotijn), the Dutch newspaper NRC Handelsblad viewed these songs from Des Knaben Wunderhorn as a look back – intentional or not – at the past pandemic-filled year. With tales of separation, those who hear but fail to listen, comments on a child dying of hunger after promises of bread, the comforting hand of love and the beauty of the natural world, the selection covers a wide range of human emotions. The choice of songs “…gave a voice to that range of feelings, of hope and despair, of love but also biting mockery, and – finally – of surrender to that which is greater than ourselves.”

Primal Light (which is featured in Mahler’s Symphony No. 2) evokes nature as paradise, as a soul journeys to heaven and the promise of Resurrection. By contrast, The Earthly Life is a dialogue between a pleading child and an exasperated mother, whose repeated admonition to wait until tomorrow has tragic consequences.

Where the Beautiful Trumpets Blow is an eerie tryst, real or imagined, between lovers on the day of a battle. A lighter mood is restored with Who Thought Up This Little Song?. It is another folksy ländler in an Alpine setting as it evokes the cajoling dialogue of distanced lovers.