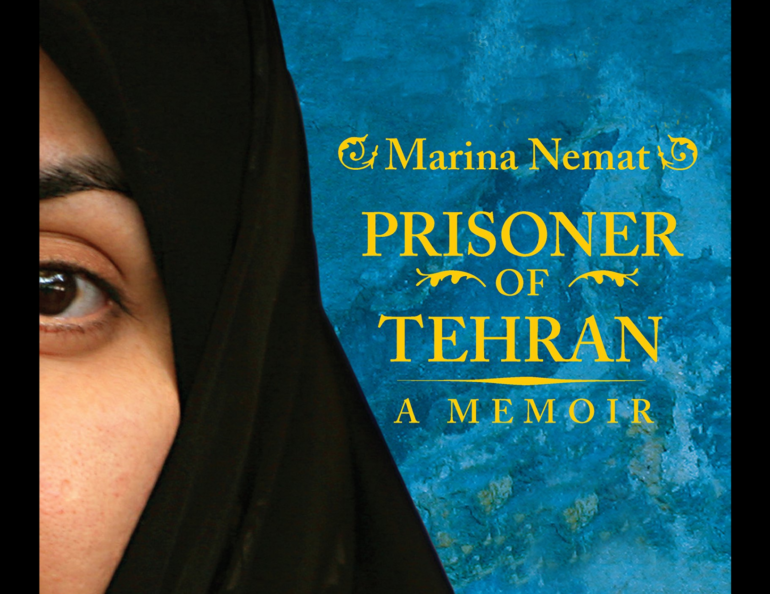 A unique collaboration between Marina Nemat and MOTUS O Dance Theatre.  A synthesis of  dance, theatre and story telling that deals with social justice on the theme of Oppression and Freedom.  The show is a multi-disciplinary performance based on her bestselling book, “Prisoner of Tehran”.  The presentation will be followed by a Q & A with the artists, and dancers.

Marina Nemat was born in 1965 in Tehran, Iran. After the Islamic Revolution of 1979, she was arrested at the age of sixteen and spent more than two years in Evin, a political prison in Tehran, where she was tortured and came very close to execution. She came to Canada in 1991 and has called it home ever since. Her memoir of her life in Iran, Prisoner of Tehran, was published in Canada by Penguin Canada in 2007, has been published in 28 other countries, and is an international bestseller. In 2007 Marina received the inaugural Human Dignity Award from the European Parliament, and in 2008, she received the prestigious Grinzane Prize in Italy. In 2008/2009, she was an Aurea Fellow at University of Toronto’s Massey College, where she wrote her second book, After Tehran: A Life Reclaimed. www.marinanemat.com

MOTUS O, under the artistic direction of James and Cynthia Croker and Jack Langenhuizen, create and perform works that have inspired and engaged communities of all ages. With numerous original full-length productions, MOTUS O has been touring Canada, the USA, England and Australia since 1990. As educators and workshop leaders they have worked with The Banff Centre for the Arts, the Royal Conservatory and school boards across the country. www.motuso.com