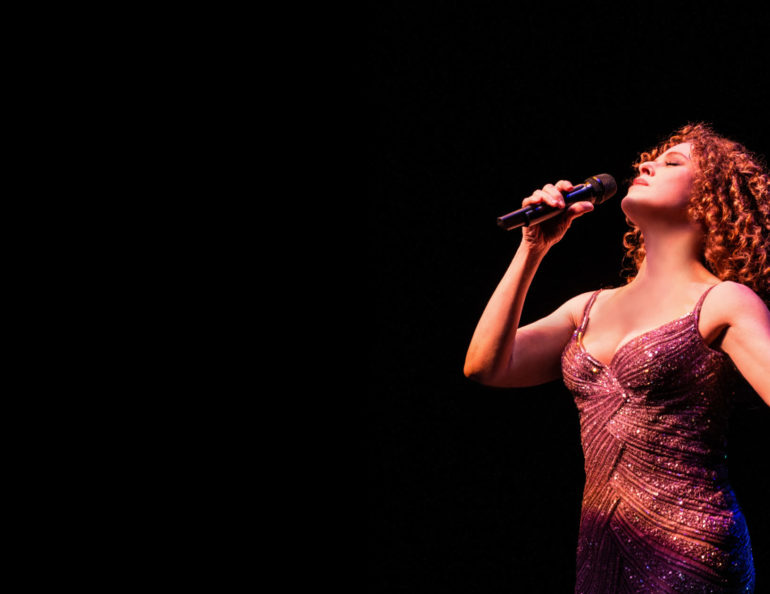 June 28, 2019 – Today the Vancouver Symphony Orchestra (VSO) announced that stage and screen star Bernadette Peters will step in to perform at the VSO’s free outdoor concert on Deer Lake Park Festival Lawn in Burnaby on June 29th at 8pm. The previously announced guest artist, Queen Latifah, was forced to withdraw on short notice due to strep throat.

Peters, whose legendary career spans film, Broadway, and television, was already in town for a hugely successful performance with the VSO at the Orpheum Theatre in downtown Vancouver on Thursday night when the news broke that Latifah would not be able to perform. Peters graciously accepted the VSO’s invitation to extend her visit and perform a large public concert at the festival lawn stage in Deer Lake Park on Saturday night at 8pm. The free concert is part of the VSO’s gift back to the community celebrating the end of its 100th Anniversary Season.

Peters will perform some of her favourite songs from throughout her career including Sondheim classics Send in the Clowns, No One Is Alone, Losing My Mind and many more. Peters’ long-time musical director Marvin Laird will lead the VSO. Maestro Tausk and the VSO will open the concert with selections from Leonard Bernstein’s On the Town and West Side Story.

LEAVE IT AT HOME