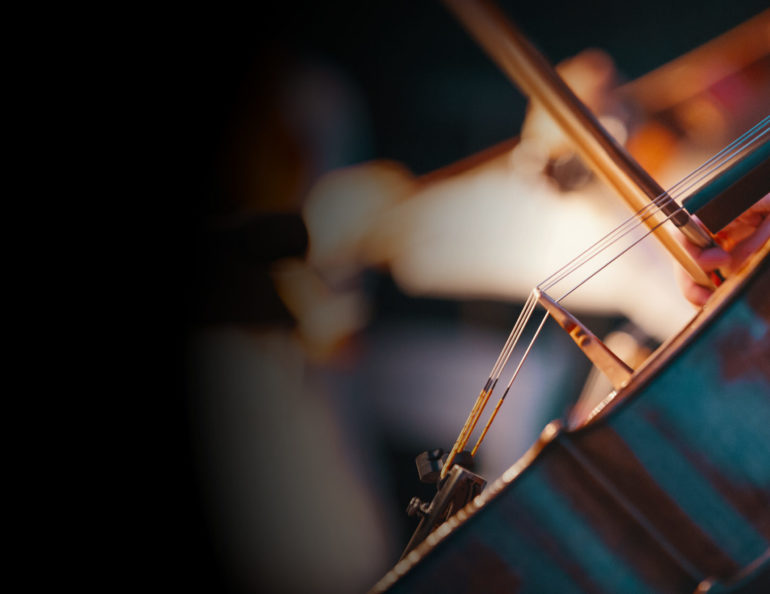 L’Histoire du soldat, widely regarded as one of the most influential chamber works of the 20th century, follows the thrilling tale of a soldier who makes a deal with the Devil. Written with Stravinsky’s signature mastery of complex rhythms, the piece cavorts through waltzes, tangos, ragtime and chorales – ending with the “Triumphant March of the Devil.”

Jeffery Cotton’s Meditation, Rhapsody and Bacchanal is a tongue-in-cheek meditation on the very process of meditation, complete with distractions and intrusions from the real world represented by a battle between gongs, insistent cymbals and a violin that just wants to find some peace.

Finally, this transcendental concert concludes with Shostakovich’s magnificent second Piano Trio. The Piano Trio No. 2 was composed not only during wartime but also shortly after the death of a close friend. Fittingly, this piece runs the gamut of emotions – from lamentations, to juxtapositions of joy and bitterness, to reminiscence.

VSO Chamber Players is a four-concert series created and curated by the members of the Vancouver Symphony Orchestra to highlight the quality and diversity of our musicians’ interests. All concerts in Pyatt Hall, the perfect gem of an acoustic concert venue in the VSO School of Music. Join members of the VSO for some of the greatest chamber music ever written.