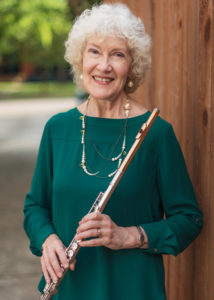 LEONE BUYSE is the Mullen Professor of Flute at Rice University’s Shepherd School of Music. Previously a principal flutist of the Boston Symphony and Boston Pops and member of the San Francisco Symphony and the Rochester Philharmonic, she has appeared as soloist with those orchestras and also with the Utah Symphony, the Xalapa Symphony, the Orquesta Sinfónica Nacional of Mexico City and l’Orchestre de la Suisse Romande. She has performed with the Boston Symphony Chamber Players throughout Europe and Japan, with the Tokyo, Juilliard, Brentano, and Muir String Quartets, and in recital with Jessye Norman and Yo-Yo Ma. A renowned educator, she has taught at the New England Conservatory, Boston University, the University of Michigan, and the Aspen, Sarasota, and Norfolk music festivals, and has presented recitals and master classes across the United States and in Canada, Mexico, Central and South America, Europe, Japan, Australia, and New Zealand. Her solo and chamber music recordings are available on the Crystal, Boston Records, Albany, Camerata Tokyo, Centaur, CRI, Danacord, Elektra/Nonesuch, Nami, New World, and Ravello labels.