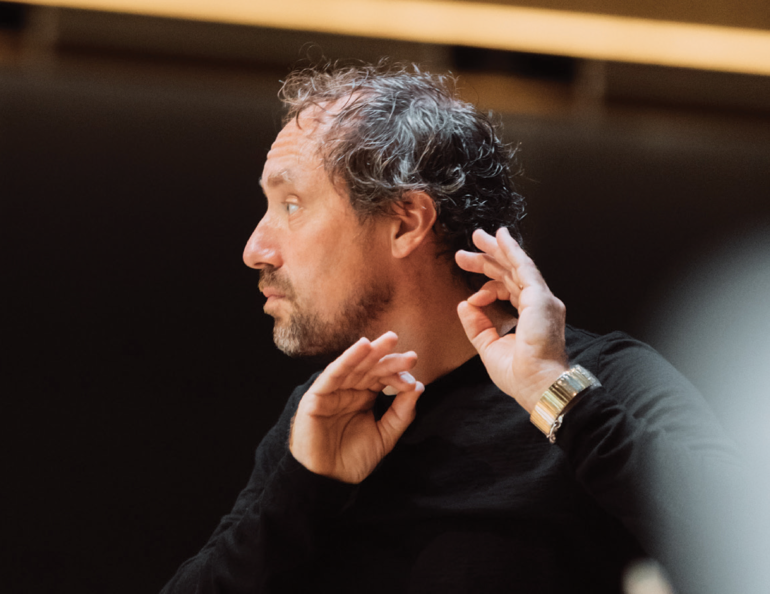 Let’s Play! A comeback season sure to be one of the most exciting yet

Vancouver, BC (April 28, 2022) — The Vancouver Symphony Orchestra (VSO) announces its 2022/23 Season: its 104th season of irresistible musical experiences and one of its most exciting to date. From Mozart, Bach, Tchaikovsky, and Beethoven, to the music of Joni Mitchell, Aretha Franklin, The Police and Harry Potter, there is something for everyone’s musical tastes next season at the VSO.

The award-winning, internationally acclaimed musicians of the VSO will be joined on stage by some of the most renowned artists in the world. Living legend violinist Itzhak Perlman (September 15), three-time Grammy Award-winning Hilary Hahn (January 13/14), Rock-and-Roll Hall-of-Famer, The Police’s drummer Stewart Copeland (September 30/October 1) and Canada’s guitar-playing astronaut Colonel Chris Hadfield (September 16), are but a few of the remarkable musicians playing with the VSO at the Orpheum.

“The quality and range of guest artists coming to Vancouver is a testament to our great orchestra and city,” says VSO Music Director Otto Tausk.

Maestro Tausk has curated a season that showcases the depth and breadth of the VSO – who will play everything from the Wizard of Oz to Bach’s Brandenburg Concerto No. 2 – as well as allowing Vancouverites to revel in the transformative power of music.

“During a time of tumult, such as we’ve seen recently, how better to reconnect to ourselves, and the world around us, than through music?” asks the Maestro. “I have created a program that highlights the beauty of the changing seasons – Brahms’ autumnal Symphony No. 3, Tchaikovsky’s Winter Daydreams, Stravinsky’s paganistic Rite of Spring, Berlioz’s Les nuits d’été, and others too, that explore the intersection of music and nature, and the role we as humans play in it.”

Part of that exploration of the natural world is the VSO’s Our Planet package, a season-long journey into the intersection of music and the environment, and the importance of preserving it. Like any art form, music can change one’s approach to the changing world, communicate insights on climate change, and help process emotions surrounding it.

This is the impetus behind Our Planet, a concert package that highlights the innate connections between music and nature. Colonel Chris Hadfield (September 16) does more than play guitar in outer space (remarkable in and of itself); he is one of Canada’s most acclaimed and influential environmentalists. French pianist Hélène Grimaud (November 25/26) is undeniably one of the finest pianists in the world today. She is also lauded for her activism and work with the Wolf Conservation Centre, which she founded. There will be concerts that are symphonic celebrations of the seasons, and new multimedia commissions, Life Emerging I & II (November & June), composed by the VSO’s Marcus Goddard, that explore the effects of climate change in Antarctica and the Pacific Northwest. The VSO commission Life Emerging: Antarctica is paired with imagery by award-winning videographer and photographer Paul Nicklen, with a cello solo originally written by Goddard for Yo-Yo Ma, here played by VSO Principal Cello, Henry Shapard.

Maestro Tausk has crafted outstanding programming across the entire 2022/23 Season. He will lead 14 classical Masterworks programs including the season-opening performance with Georgian firebrand pianist Khatia Buniatishvili (September 23/24), leading the great Canadian soprano Measha Brueggergosman, and being reunited on the Orpheum stage with his Dutch countrymen Lucas and Arthur Jussen (March 31/April 1), who were last joined the VSO in Maestro Tausk’s inaugural concert as VSO Music Director in 2018.

The VSO’s 2022/23 Season is comprised of 14 series, across 4 venues, reaching 3 Lower Mainland cities, with programming that features staples of the classical music canon, Pops programs, Movie Nights with the VSO presented by TELUS, OriginO Kids Concerts, and new music that may just become your next favourite.

“Creativity is at the core of all that we do,” says Angela Elster President and CEO of the VSO and VSO School of Music “Innovation and inclusion are foundational to our music-making. Equity is key to the VSO and VSO School of Music’s thinking: repertoire selection, conductor selection, and composer selection. With the guidance of the VSO Indigenous Council, Indigenous content, guest artists, and composers are woven into our programming. We experienced this at our recent presentation of The Path Forward. We look forward to future co-creations with the VSO Indigenous Council and our creative partners within the Coast Salish Host Nations, as we continue the VSO’s journey towards Truth and Reconciliation.”

The VSO’s 2022/23 Season offers comfort during a time of turmoil in the world, supports the well-being of a diverse community, and, above all else, provides entertainment and joy. The VSO invites audiences to join them at the concert hall with the 2022/23 season tagline: Let’s Play.

RETURNING FAN FAVOURITE ARTISTS
The man who needs no introduction, the legendary violinist Itzhak Perlman (John Williams: Cinema Serenade, including the theme from Schindler’s List, September) returns in a special Gala Concert to launch the 2022/23 Season. Other Grammy Award-winning violinists front the VSO: Hilary Hahn (Sibelius: Violin Concerto, January), and James Ehnes, who will play Korngold’s Violin Concerto in May – the same repertoire he played with the VSO in their Grammy Award-winning recording.

Trumpeter Håkan Hardenberger (May), and Horn player Stefan Dohr (Strauss: Till Eulenspiegel, May).

POPS
The London Drugs VSO Pops series is one of the VSO’s most popular subscription series. In 2022/23, Stewart Copeland, the drummer and founder of one of rock-and-roll’s most beloved bands, The Police, comes to Vancouver in his newly imagined symphonic show Stewart Copeland’s The Police De-ranged (September 30/October 1). JUNO- and Gemini-nominated Canadian indie rocker Sarah Slean (October 28/29) pays tribute to the iconic Joni Mitchell. Don your ruby red slippers and follow the VSO down the yellow brick road with The Wizard of Oz with Live Orchestra (November 18/19), part of Movie Nights with the VSO presented by TELUS. Triple threat singer/pianist/songwriter Tony DeSare (January 27/28) showcases his jazzy genius with the works of the incomparable Frank Sinatra. Direct from Paris is the ultimate tribute to the French songstress with Edith Piaf Symphonique (February 10/11). The London Drugs VSO Pops Series concludes with a high-energy ode to the “Queen of Soul” featuring Broadway sensation Capathia Jenkins leading vocals on Aretha: A Tribute (April 28/29).

Audiences can enjoy other Special Concerts like Symphony of Terror! (October 25), Distant Worlds: Music from Final Fantasy (April 14/15), and Vancouver’s own JUNO Award-winning indie rock band Said the Whale with the VSO (April 19).

MOVIE NIGHTS WITH THE VSO PRESENTED BY TELUS
The 2022/23 summer and regular seasons are packed with Hollywood hits with live symphonic soundtrack accompaniment including Star Wars: Return of the Jedi In Concert (July 6/7), The Princess Bride In Concert (July 8/9), Harry Potter and the Deathly Hallows – Part 2 In Concert (July 13-15), The Wizard of Oz with Live Orchestra (November 18/19), Home Alone in Concert (December 14/15), and the original, 1961 Oscar best picture winner West Side Story: Film with Orchestra (April 22/23).

ORIGINO KIDS CONCERTS
The popular five-concert Sunday matinee OriginO Kids Concert series showcases original VSO musical creations as well as features guest artists who are renowned children’s entertainers. The VSO will play the irresistible beat of Latin sound with Platypus Theatre’s Presto Mambo (October 2) and take part in a new and exciting collaboration with Simon Fraser University’s Precursor Lab with Music is a Theme Park (November 20). The family holiday tradition, The Snowman, returns (December 18). Concerts that delve into how music is made, and the adventure therein, are featured in M is for Music (January 29) and Philharmonia Fantastique (April 30).

SUBSCRIPTIONS PACKAGES AND BENEFITS
2022/23 season subscriptions are available to the public on April 29. Subscribers receive up to 40% discounts off regular ticket prices. Subscriptions start as low as $73 for season tickets to the VSO.

Subscribers receive first access and exclusive discounts to Special Concerts like Itzhak Perlman, Chris Hadfield, Jan Lisiecki, Distant Worlds: Music from Final Fantasy, Said the Whale with the VSO, and various concerts within the Movie Nights with the VSO presented by TELUS.

Single tickets will be released in late summer 2022.