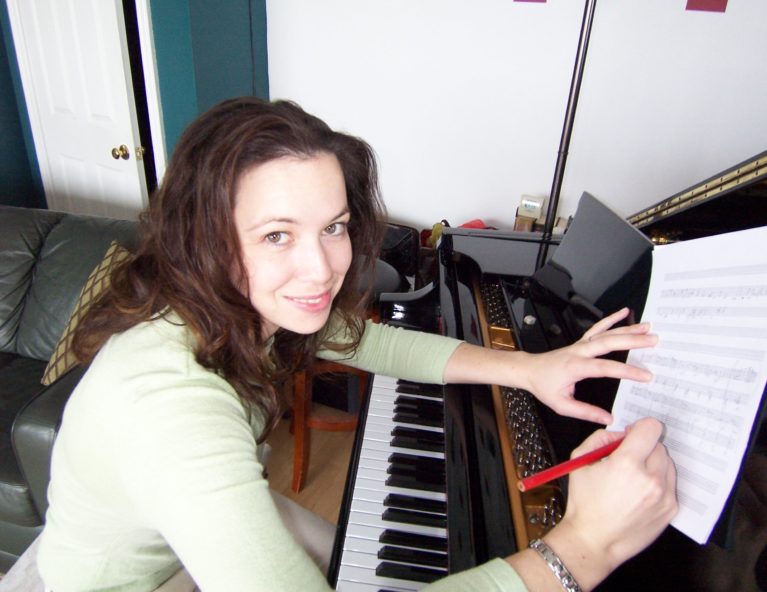 Abigail Richardson-Schulte was born in Oxford, England. Ironically, she was diagnosed incurably deaf at the age of five. Upon moving to Canada, her hearing was fully intact within months. After growing up in Calgary and studying composition there, she received a Doctorate degree from the University of Toronto. Abigail won the first Karen Kieser Prize, the CMC Prairie Region award, and a Dora award for Best New Opera. Most significantly, she won first at the prestigious UNESCO International Rostrum of Composers, after which her music was broadcast in 35 countries. She was Affiliate Composer for the Toronto Symphony Orchestra from 2006–2009 and is currently Festival Coordinator of their New Creations Festival. Abigail wrote The Hockey Sweater with narration by Roch Carrier, co-commissioned by TSO/NACO/CPO. It has been seen by over 45,000 audience members across 30 performances since the premiere in 2012. Abigail is Composer-in-Residence with the Hamilton Philharmonic Orchestra.