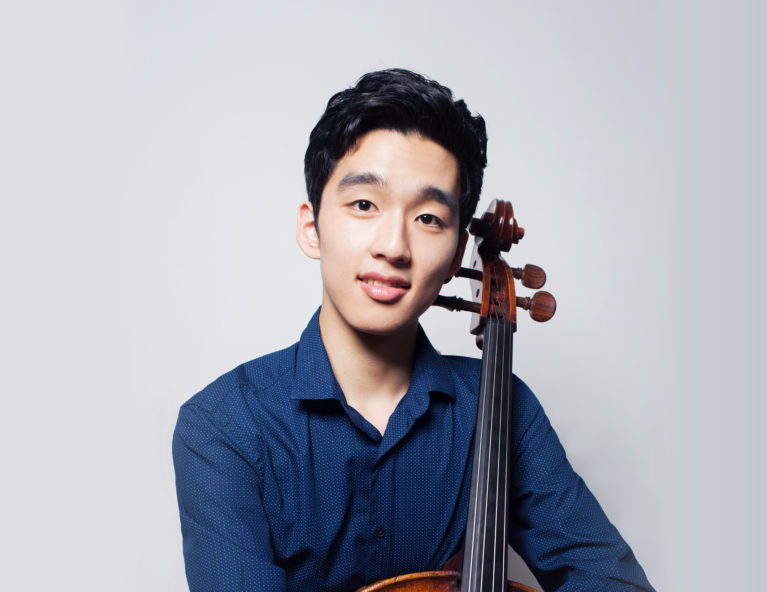 Albert Seo is currently studying at the renowned Curtis Institute of Music in Philadelphia. His teachers are Carter Brey, principal cello of the New York Philharmonic, and Peter Wiley, former cellist of the Guarneri Quartet. In addition, he continues to find musical inspiration and guidance from Sungyong Lim, cellist of the Borealis Quartet. In 2015, Albert was a finalist at the Johansen International Competition for Young String Players, and was a semifinalist at the Stulberg International String Competition, where he also won the Bach Award. In 2016, he won the senior division of the VSO School of Music Future of Excellence Competition, resulting in the opportunity to perform Tchaikovsky’s Rococo Variations with the VSO. He has participated in master classes with Gary Hoffman, Colin Carr, Lluís Claret, Phillipe Muller, Raphael Wallfisch, Paul Watkins, Paul Marelyn, and Roman Borys. He studied at the VSO School of Music, with Cristian Markos and Ariel Barnes. Albert plays a rare 1702 Giovanni Grancino cello, on loan from the Canada Council Musical Instrument Bank.