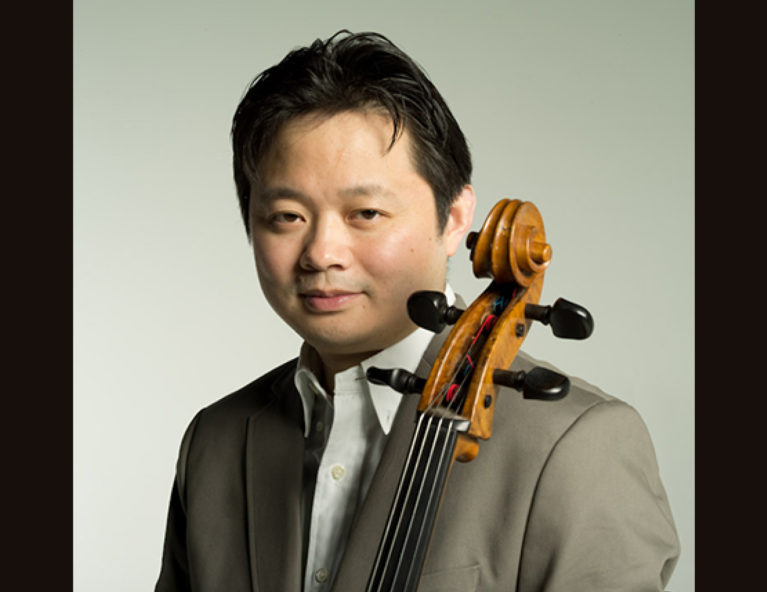 Bo Peng holds a Bachelor of Music in Cello Performance from the University of North Texas, a Master of Music from the Eastman School of Music, as well as a Performer’s Diploma from Indiana University where he studied with distinguished cellist Janos Starker. His teachers also included renowned cellists Steven Doane, Carter Enyeart , Marc Johnson and Eric Wilson. As a soloist and chamber musician, he attended several summer festivals and master classes including International Summer Academy at University Mozarteum (Salzburg, Austria) on the Johann Strauss Foundation (2002 and 2003), the Banff Summer Festival, the Spoleto Summer Festival, the Taos Chamber Music Festival and the National Arts Center Young Artists Programme, where he worked with Lynn Harrell, Gary Hoffmann, Aldo Parisot, Pinchas Zurkerman, and the Tokyo String Quartet. As a founding member for the Vancouver Trio with Clarinetist Gene Ramsbottom and Pianist Keiko Alexander, Mr. Peng has been performing regularly in Universities and Chamber Music series in B.C. In 2010, he was the soloist in the the Dvořák Concerto with the Vancouver Philharmonic Orchestra, and was appointed cellist of the acclaimed Borealis String Quartet in 2012. Mr. Peng is on faculty at the VSO School of Music as a cello instructor and conductor. His previous teaching experiences include coaching sectionals for the Dallas Youth Orchestra, and teaching cello in the Dallas Private School District.