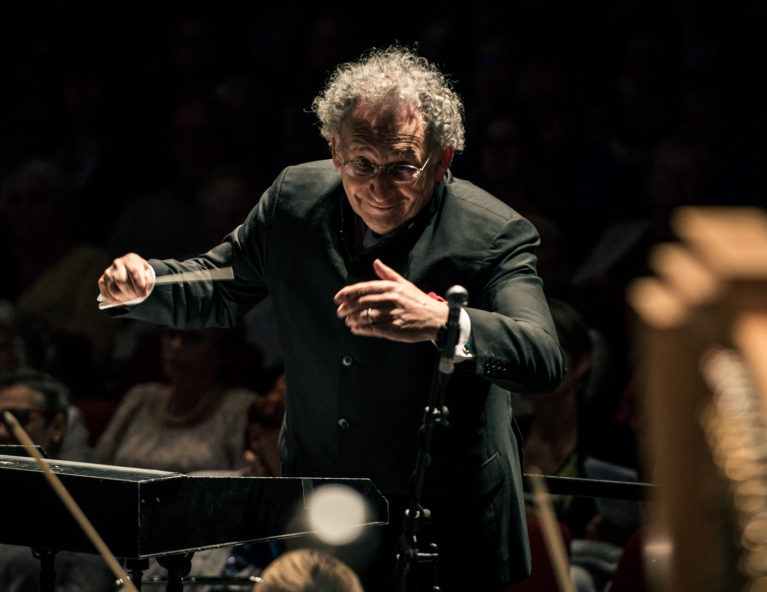 Boris Brott is one of the most internationally recognized Canadian conductors, holding major posts as Music Director and Principal Guest Symphony and Opera Conductor in Canada, Europe and the United States. He enjoys an international career as guest conductor, educator, motivational speaker, and cultural ambassador.

He has developed six Canadian professional orchestras, most notably the Hamilton Philharmonic Orchestra where he was Music Director for 21 years and garnered international press attention for his innovative programming and recordings.

Mr. Brott is Founding Music Director and Conductor Laureate of the New West Symphony California (21 years); Artistic Director of the Orchestre Classique de Montreal in Montreal (22 years) He was Principal Guest Conductor of the Teatro Petruzzelli in Bari Italy (12 years). Internationally, he has served as Assistant Conductor to the New York Philharmonic under Leonard Bernstein; Music Director and Conductor for the Royal Ballet, Covent Garden (two years), and Northern Sinfonia (five years), and the BBC Welsh Symphony (seven years).

Mr. Brott’s has made extensive guest-conducting appearances in Mexico, the United States, South America, Central America, France, Germany, Great Britain, Italy, Scandinavia, Japan, Korea, Israel, the Netherlands. In June 2000, Mr. Brott made history when he conducted Leonard Bernstein’s Mass for Pope John Paul II at the Vatican as part of Jubilee 2000. The renowned producer, Enrico Castiglione and film director Carlo de Palma released a DVD of this production which was seen by millions across southern Europe on the first anniversary of the September 11th tragedies. The DVD was distributed in North America, Japan, Italy, France. Maestro Brott has also conducted the production of the Marriage of Figaro with The Rome Opera and opened the acclaimed Mediterranean Festival in Rome in July 2002. In May 2014 he conducted a concert for at the Vatican Pope Francis, celebrating the 97th birthday of Cardinal Domenico Bartolucci, Music Director of the Sistine Chapel for 45 years.

He has continued his European career, primarily as an opera conductor, and has performed at all the major Italian opera houses including The Rome Opera, Arena di Verona, La Scala, Teatro San Carlo in Naples, Teatro Verdi in Trieste, Verdi Festival in Parma and the Puccini Festival in Torre del Lago as well as the Mediterranean Festival in Rome.

In 1987, Mr. Brott was awarded Canada's highest civic honour, Officer of the Order of Canada. In November 2013 he was awarded an Honorary Doctorate in Music from his alma mater, McGill University, and an Honourary Doctor of Law in 1988   at McMaster University. He was made a Knight of Malta in 1990, selected as "International Man of the Year" by the International Biographical Center, in Cambridge England in 1992, was elected a Fellow of the Royal Society of Arts of Great Britain in 1996. In December 2006 was inducted into the Order of Ontario, Canada, the province’s highest civilian decoration. In June 2014 he was inducted by Premier Phillipe Couillard as an Officer in the Ordre National du Quebec, his native Province.

He was awarded Tourism Hamilton’s Lifetime Achievement Award and in November 2007, the National Child Day Award for introducing over 2 million young people to classical music. In 2008, he was voted third “Greatest Hamiltonian of All Time” by Hamilton Spectator readers.

Boris Brott has a lifelong commitment to the development of new audiences    and young artists. He is author to hundreds of scripts which introduce young children to the great composers and instruments of the orchestra. He led the charge in featuring multimedia and has programmed film, dance, astronauts, rock bands and authors alongside orchestra. He was Principal Family and Youth Conductor with the Toronto Symphony Orchestra and National Arts Centre Orchestra in Ottawa for two decades.

Besides numerous film and radio commitments, Mr. Brott has conducted, produced, and hosted over 100 television programs on both sides of the Atlantic. He has recorded for CBC, Septre-Mace, Mercury, Pro-Arte Records and Sony Classical where CD's with the late Glenn Gould have recently been released.

He has developed a corollary career as a motivational speaker giving 35 presentations annually to Fortune 500 companies around the world linking music and business. The speeches centre around the "teamwork" and "creativity" aspects of music and business. A partial list of recent audiences included CEO's of IBM, American Express, American Airlines, Sandoz, Compaq, Intel, General Electric, Pfizer, Pharmacia Upjohn, Sun Microsystems, and General Motors.

Brott received national media attention for his leadership in pivoting during the COVID-19 pandemic and subsequent closure of all performing arts venues. He immediately continued both the training and performance aspects of his Festival, with digital masterclasses and seminars from around the world as well as interviews, recordings and living room concerts from across Canada. He hosted Cogeco’s “Brott To You” series and created a digital platform on brottmusic.com to house recorded performances. In 2021, he led some of Canada’s first live orchestral performances at a drive-in, drive-up concert experience, including a 1950s-set Cosi Fan Tutte Mozart opera, fully set and staged with full orchestra. Other performances were staged in drive-in or outdoors under a tent with patrons, staff, and musicians all safely distanced and adhering to the strictest of provincial protocols.

Brott was born in Montreal into a family of professional musicians; he is the son of the violinist and composer Alexander Brott, cellist Lotte Brott and older brother of cellist Denis Brott.

He is married to Ardyth Webster Brott, who is a best-selling author and lawyer. They have three children, four grandchildren and a cuddly German Shepherd named Oskar.