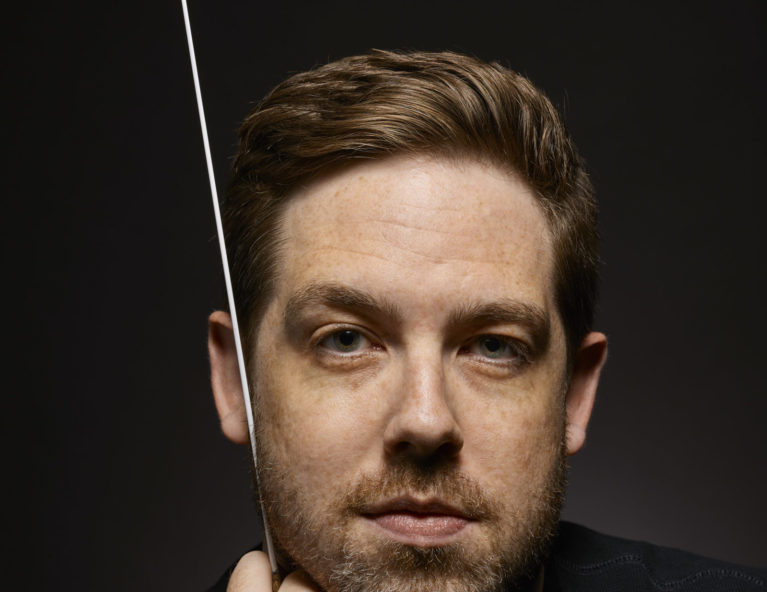 Mr. Mitchell concluded his tenure as the Associate Conductor of The Cleveland Orchestra in August 2017. He joined the orchestra as Assistant Conductor in 2013 and was promoted to Associate in 2015, becoming the orchestra’s first Associate Conductor in over three decades and only the fifth in its 98-year history. In this role, he led the orchestra in several dozen concerts each season at Severance Hall, Blossom Music Center, and on tour. Mr. Mitchell also served as the Music Director of the Cleveland Orchestra Youth Orchestra (COYO), which he recently led on a four-city tour of China, marking the ensemble's second international tour and its first to Asia.

In addition to his work in Cleveland and Denver, Brett Mitchell is in consistent demand as a guest conductor. Recent and upcoming guest engagements include his debuts at the Grant Park Music Festival in downtown Chicago and with the New Zealand Symphony Orchestra and the San Antonio Symphony, as well as appearances with the Dallas, Detroit, National, Houston, Indianapolis, Milwaukee and Oregon symphonies, the Rochester Philharmonic, and the Saint Paul Chamber Orchestra among others. He has collaborated with such soloists as Rudolf Buchbinder, James Ehnes, Leila Josefowicz, Augustin Hadelich and Alisa Weilerstein.

From 2007 to 2011, Brett Mitchell led over one hundred performances as Assistant Conductor of the Houston Symphony, to which he frequently returns as a guest conductor. He also held Assistant Conductor posts with the Orchestre National de France, where he worked under Kurt Masur from 2006 to 2009, and the Castleton Festival, where he worked under Lorin Maazel in 2009 and 2010. In 2015, Mr. Mitchell completed a highly successful five-year tenure as Music Director of the Saginaw Bay Symphony Orchestra, where an increased focus on locally relevant programming and community collaborations resulted in record attendance throughout his tenure.

As an opera conductor, Brett Mitchell has conducted nearly a dozen productions, principally during his tenure as Music Director of the Moores Opera Center in Houston, where he led eight productions from 2010 to 2013. His repertoire spans the core works of Mozart (The Marriage of Figaro and The Magic Flute), Verdi (Rigoletto and Falstaff), and Stravinsky (The Rake's Progress), to contemporary works by Adamo (Little Women), Aldridge (Elmer Gantry), Catán (Il Postino and Salsipuedes), and Hagen (Amelia).

In addition to his work with professional orchestras, Mr. Mitchell is also well-known for his affinity for working with and mentoring young musicians aspiring to be professional orchestral players. His work with COYO during his Cleveland Orchestra tenure was highly praised and he is regularly invited to work with the highly talented musicians at the Cleveland Institute of Music and the orchestras at this country’s high level training programs such as the National Repertory Orchestra, Texas Music Festival and the Sarasota Music Festival.

Born in Seattle in 1979, Brett Mitchell holds degrees in conducting from the University of Texas at Austin and composition from Western Washington University, which selected him in as its Young Alumnus of the Year in 2014. He studied at the National Conducting Institute, and was selected by Kurt Masur as a recipient of the inaugural American Friends of the Mendelssohn Foundation Scholarship. Mr. Mitchell was also one of five recipients of the League of American Orchestras’ American Conducting Fellowship from 2007 to 2010.